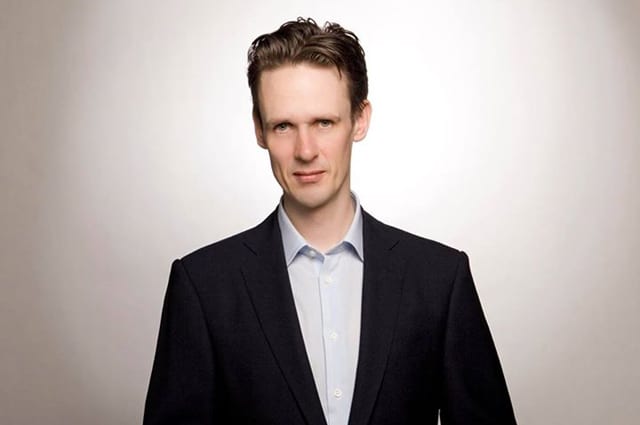 This Il ritorno d’Ulisse in patria from Richard Egarr and the Academy of Ancient Music was as completely staged as any performance could ever be without actually constituting a full production. This was a blessing for while both the orchestra and co-directors Timothy Nelson and Alexander Oliver took great steps to achieve a sense of authenticity, there seemed to be some acceptance that we will never know exactly how Monteverdi’s opera might originally have been performed. As such, they took matters as far as they reasonably could and then left something to our imaginations.

The opera premiered during Venice’s 1639-40 carnival season, most probably in the Teatro Santi Giovanni e Paolo, and this presentation captured something of how it might have felt to have experienced either an afternoon or evening performance in the venue. For much of the time darkness prevailed, with lighting levels kept to a minimum and candles becoming props. On other occasions, the entire auditorium was illuminated as characters passed through it, while the lighting designs sometimes suggested the natural light that might have shone through windows in the daytime.

Singing from memory, the cast were bare footed and, for the most part, dressed in plain black clothes. However, dashes of colour were introduced through such items as red scarves, and these played a part in dictating the tone of the performance. For example, Eurimaco’s initial wooing of Melanto (Sophie Junker) saw him unfurl a large orange silk from around her body in a gesture that spoke of their passion while bringing a sense of colour and theatricality to the proceedings. Particularly impressive was the way in which the principals applied a degree of stylisation to their gestures, as befitting seventeenth century performance style and the whole notion of storytelling, while never indulging in histrionics. They always felt convincing as human beings (or gods!) whose emotions the audience members could feel for themselves. Gwilym Bowen, who also carried a beautiful tenor voice, stood out especially in this respect as Eurimaco and Giove.

Amidst the large ensemble cast, the best performance of the night came from Ian Bostridge as Ulisse. Besides his powerful voice, which actually felt light because it was so expansive, he provided an intriguing portrayal of a hero who, despite never actually shying away from danger, could not help but to have grown weary from all of the setbacks he had faced. Barbara Kozelj as Penelope had a more direct voice, but its clarity was matched by equal levels of sensitivity and feeling, and her final reconciliation with Ulisse was deeply moving.

Elizabeth Watts threw everything into her brilliant portrayal of Minerva (and Amore), while John Lattimore, Richard Latham and Lukas Jakobski made up a strong triumvirate of suitors. As Pisandro Lattimore’s pleasing countertenor worked well with the warm baritone of Richard Latham’s Anfinomo. Lukas Jacobski was luxury casting as Antinoo (and Tempo and Nettuno) with his rich bass helping to generate a strong character who automatically presumed that he had the measure of the other two suitors. Andrew Tortise was splendid as Telemaco, seemingly effortlessly producing his striking sound.

Richard Egarr kept the Academy of Ancient Music on a beautifully even keel throughout the performance while the evening was dedicated to Andrew Porter who died in April and who, in the words of Nicholas Kenyon, ‘was the most erudite and perceptive music critic of his generation’.