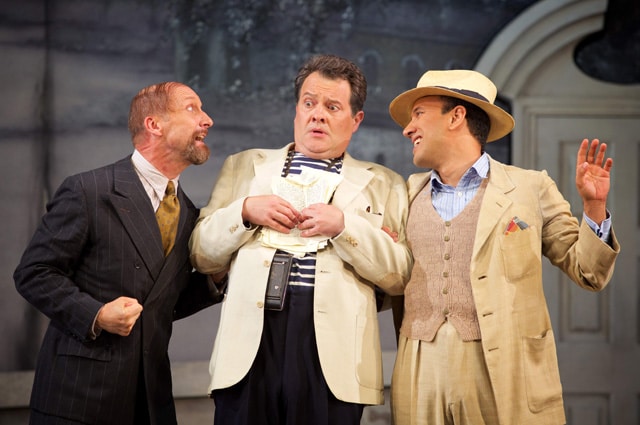 After a Saturday night spent with Die Walküre at West Horsley, this bouncy, colourful production of one of the silliest operas in the repertoire was just the ticket. It’s all utterly daft of course, but looks perfect in Francis O’Connor’s gloriously Neapolitan designs and Martin Duncan’s witty production, and it’s mostly very well sung by a cast featuring many Garsington regulars who seem made for their roles.

Il Turco in Italia shares a common theme with other operas of this Summer season, namely wifely infidelity, wrongly suspected and cruelly punished in Otello and Pelléas et Mélisande but tolerated in various ways in Rossini’s Dramma buffo. One is presumably meant to delight in Fiorilla, but some just want to punch her, and in Sarah Tynan’s vibrant, sparklingly sung performance we had a Fiorilla who brought out all that some adore and some despise – flouncing about in what looked like Schiaparelli or Dior, she was the annoying, capricious, faithless little madam in every last detail. Fortunately Sarah also sings a lot of Handel, just as brilliantly. 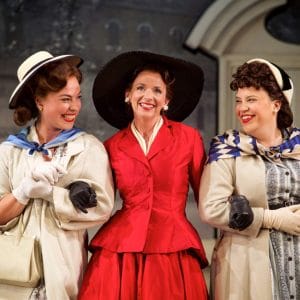 It’s not easy to create a sympathetic Geronio when half the audience is slavering over his wife, but Geoffrey Dolton managed it – is there any comic role which he does not make his own? This was a lovingly detailed, very finely sung interpretation replete with that mixture of absurdity and vulnerability which the part demands. Mark Stone was the ideal Prosdocimo, recalling Thomas Allen in his urbane, suave acting and elegantly phrased singing, and Quirijn de Lang’s beautifully burnished baritone was heard to advantage as Selim, fulfilling the promise he had shown in Garsington’s 2016 I’Italiana in Algeri.

Katie Bray, another house favourite, sang Zaida with superb projection and mastery of her role, and although the higher lying parts of Narciso’s music  gave Luciano Botelho a few problems, it was a treat to hear so genuinely Italianate a sound. Jack Swanson’s Albazar is his UK debut, and his is clearly a tenor we’ll be hearing often in future.

David Parry conducted the Garsington Opera with his accustomed verve, adding witty continuo, and Susanna Stranders once again worked wonders with the chorus, this time a motley band of sailors, fashionable ladies and improbably pristine gypsies. The production makes clever use of the stage, with Selim’s ‘ship’ sliding into harbour with prow and stern breaking through the backdrop of Naples, and the poet’s balcony evoking the warmth and colour of Mediterranean days. It’s the perfect Summer evening opera to contrast with all the baby murdering, wife-baiting and squelchy stabbing going on all over the place this July.