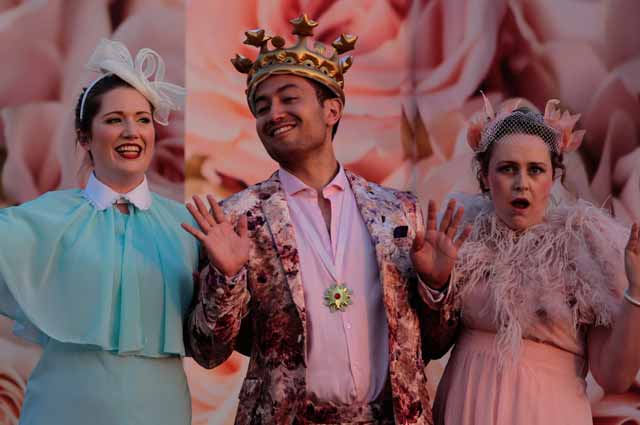 Many Rossini fans will claim that his decision to steer clear of magical elements in La Cenerentola, as were prevalent in Charles Perrault’s fairy-tale of 1697, represented his own preference for keeping it real. The truth, however, is either more prosaic or more fascinating depending on one’s point of view. The composer and his librettist Jacopo Ferretti had only weeks to deliver their opera in 1817, and so to save time they worked closely from a model that already existed. This was Nicolò Isouard’s Cendrillon of 1810, with a libretto by Charles Guillaume Étienne, and the similarities are plain to see. The heroine may be called Angelina in Rossini’s version (she has no title other than Cendrillon in Isouard’s), but the names of Clorinda, Tisbe, Ramiro, Dandini and Alidoro all come directly from the earlier creation.

It is therefore ironic that the thing that stopped Isouard’s hitherto irresistible opera in its tracks was Rossini’s own version of the same story. Cendrillon had been immensely popular at the Palais Garnier when it premiered in 1810, and every performance there over the following three years saw a massive demand for tickets. Born in Malta, but writing the majority of his forty-five operas in Paris, Nicolò Isouard is hardly a household name today. In his time, however, he was highly acclaimed, and still enjoys a bust on the Palais Garnier, a grave in the Père Lachaise Cemetery, and a music club and bus stop that bear his name in Malta.

Clearly, Isouard deserves some rehabilitation, and happily Bampton Classical Opera, which in the twenty-five years since it was founded has brought three Salieri operas to the British public’s attention, is here to provide it. Cendrillon, which features spoken dialogue rather than recitative, was written in the then popular opéra-comique style, and stands somewhere between the worlds of Mozart, which preceded it, and bel canto that was to follow. There are some amazing innovations, and the Overture is practically unique in opera in essentially sounding like a concertante for horn and harp.

Overall, however, the opera mixes styles so that the two ugly sisters (both sopranos) indulge in lavish coloratura, while Cendrillon’s Act I Romance ‘Je suis modeste et soumise’ is strophic and unassuming to emphasise her innocence and purity. This did lead Weber to deride its ‘insignificant’ melody, but it seems rather an unfair criticism since the approach was so obviously deliberate on Isouard’s part. Many listeners may, in fact, delight more in the opera’s ‘simple’ moments as the Romance, with its moving interlude between each verse, is a prime example of how music does not have to be complex to be exceedingly beautiful. 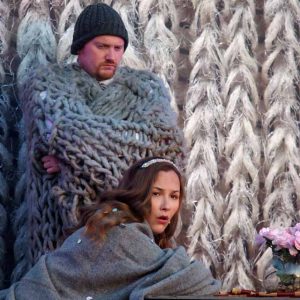 In other innovations, Clorinde sings a Spanish-style Boléro at the end of Act II, which reflects the taste developed for such music following a visit to Paris in 1809 of the Spanish singer-composer Manuel García. There is also a bitter-sweet edge to Cendrillon and Ramiro’s Act III love duet as she seems aware that the Prince’s emotions are kindled not by her in her drab state, but by his memory of her as the mysterious Princess.

Bampton Classical Opera’s production by Jeremy Gray enjoyed performances in Bampton and Westonbirt in July and August, with this presentation at St John’s, Smith Square constituting the final one in its current run. With the orchestra conducted by Harry Sever, the production was fully staged with a room set left of centre looking suitably grey when constituting the house where Cendrillon had to work all day, and bearing more life-affirming images of roses when representing the palace. The production also introduced additional colour by featuring a tree, representing the burial place of Cendrillon’s mother and providing an additional decoration at the ball, and a silent sandman to sprinkle dust and thus explain why Cendrillon goes to sleep so many times in the plot.

The performance was sung in English with Gilly French and Jeremy Gray’s translation proving skilful. All of the singers performed to a high standard with particular accolades going to Aoife O’Sullivan as Clorinde and Jenny Stafford as Tisbe who had to tackle the most bravura music while being genuinely funny, even floss dancing during the sisters’ Act I duet ‘Ah! quel plaisir’. Kate Howden in the title role revealed a rich and nuanced mezzo-soprano, Bradley Smith was possessed of an aesthetically pleasing tenor as Prince Ramir, while Nicholas Merryweather as Alidor arguably delivered the strongest performance of the evening with his powerful, but smooth and rounded, baritone.

There was a great spirit to the performance with Spanish dancing from the cast accompanying Clorinde’s Boléro. If Cendrillon has ever been described as an opéra-féerie without any fairies, given its lack of supernatural elements, it should be remembered that magic can come in many forms. Here, the manner in which the performances in Act II captured the heady excitement of the ball, as well as the nervousness and intrigue inherent in its more intimate moments, cast their own spell.

When Bampton Classical Opera presented Salieri’s La grotto di Trofonio in 2015, one was left wondering why the opera was not in the repertoire today alongside Le nozze di Figaro. Isouard’s Cendrillon does not elicit quite so strong a reaction, but it is thoroughly delightful and a piece that deserves to be heard more often. It did enjoy a new production at the Manoel Theatre, Valletta, last June, with 2018 marking the bicentenary of Isouard’s death, and we can only hope that there are more opportunities to hear it in Britain over the coming years.

Recordings of Isouard’s Cendrillon, conducted by Richard Bonynge (1998) and Pierre Vallet (2017), are available on the Olympia and Albany labels respectively.