by Barry Creasy
published: 13 May 2019 in Opera and Classical Reviews
Tweet 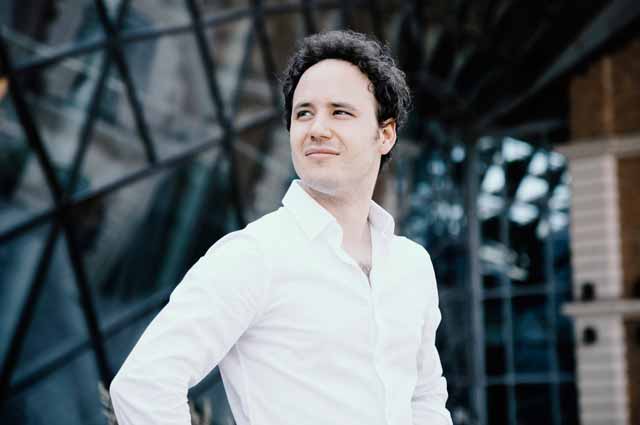 There was a time when Handel’s oratorio Israel in Egypt was almost as popular as Messiah, but these days, it’s rare to come across a performance. Handel himself excised the original first part (a lamentation on the death of Joseph) in 1756, leaving behind a shorter, unusually chorus-heavy work that deals largely with the Plagues of Egypt and the Red-Sea crossing. Friday’s performance of the 1756 revision, promoted by The BBC Singers and featuring The Academy of Ancient Music, tilted even more to the choral, as five soloist numbers and a chorus were also lopped from the final part. The soloists for the remaining duets, recitatives and arias were fielded by the BBC Singers.

The Hungarian conductor Gergely Madaras (whose specialisms are largely post-classical) ensured that both chorus and orchestra followed his direction to the letter, an absolute essential for this particular interpretation, as there was a whole lot of direction going on. It could be said that Handel was somewhere in the room (and the presence of an original-instrument band certainly ensured that the baroque timbre was there), but so, seemingly, were Lully, Mozart, Beethoven, and possibly even Brahms; indeed, this may be the first time that the word rubato might have been considered in a review of music from this period.

The different natures of the Plagues allowed Handel a wide range of musical word-painting, and Madaras took this and ran with it, playing with dynamic and tempo in ways that seemed both more subtle and more extreme than perhaps appropriate to the original baroque form. The fugues (and, given the heavy choral bias, there are a lot of them) were often loose-limbed, slower, and without the edge that one might expect (‘They loathed to drink from the river’ and ‘Egypt was glad’ being typical examples of this), giving them almost, at times, an Impressionistic feeling. The sinister low-string opening of ‘He sent a thick darkness’ was even lusher than usual, and was followed by an intense quiet choral sound, from which the unison single-part lines emerged in a controlled but mellifluous way that put one in mind of 19th-century works. The closing of ‘He is my God’ was given a full crescendo-diminuendo treatment, and the final cadence slowed in a flurry of decoration worthy of a Versailles courtier. The most obvious approaching-the-future interpretation occurred in ‘The people shall hear’: its insistent minor-key double-dotted format must surely have been a model for Mozart’s ‘Qui tollis’ in the C-minor Mass, and Madaras punched this home by accentuating the dynamic changes in the long choral lines wailing against the rhythmic orchestral underlay.

Both orchestra and chorus turned in excellent performances, albeit that there were times when the BBC Singers seemed a little bit on auto-pilot. There were some wall-of-sound moments (the weighty opening of ‘He smote all the first-born’, for example), but also occasions when they seemed to be running at mezza voce as a default setting (although, again, this may have been the more relaxed interpretation of counterpoint required by Madaras).

The few soloist numbers were deftly handled by members of The BBC Singers: Tom Raskin provided clear tenor narration when required, and Emma Tring’s brief unaccompanied soprano moments in the closing movement were clear and thrilling. The stars, though, were in the lower parts: Jessica Gillingwater gave us some splendidly solid chest-voice croaks for ‘Their land brought forth frogs’, and Jamie W Hall and Andrew Rupp delivered the uncommon bass duet ‘The Lord is a man of war’ with a perfect match of confident edgy sonorities that contrasted well with Zoe Shevlin’s effortlessly legato bassoon counterpoint.