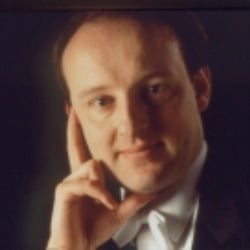 It was the twentieth anniversary of James Lisney’s Wigmore Hall debut on July 4, and he marked it by a triumphant tribute to his great, great grand-teacher: Chopin.

It was dedicated to Phylis Sellick, the teacher to whom he owes this great honour.

The concert supported The Himalayan Youth Foundation, a charity which provides education for children from remote areas of the Himalayas.

Chopin’s piano music is regarded as some of the most beautiful and the most difficult of all time. Yet Lisney faced it with assurance and bravery. The intensity and energy of his performance was consistent throughout. It was there through both slow and meditative and furiously virtuosic music, there being a lot of the latter.

Lisney’s penchant for Chopinesque romanticism was evident from the very start of the evening’s performance (the Fantasie in F minor, Op. 49 [1841]). This complex and challenging piece was treated with affection. Its drama was bought out to produce an exciting and emotionally vivid recitation.

Fantasies gave composers an opportunity to stray from formal rules to the extent that they were able to incorporate influences from a wider range of genres than was otherwise possible and were also able to include a larger quantity of improvisational material. The F minor Fantasie shows this type of compositional structure from the outset. It opens with a choral-like march, popular in French opera at the time, and then opens out into a highly contrasting rippling polyphonic section with complex textures.

The constant changes and extremes of this music didn’t faze Lisney, who made the transitions connect with ease. He bought out their surprising nature but also gave them a sense of musical logic through daring but effective use of rubato.

The Impromptu in G flat, Op. 51 (1842) which followed, provided a contrast in length. It was a sweet little interlude that included a mix of jaunty folk-like tunes and sobbing hemiola descents in the bass. The bittersweet quality possibly represents Chopin’s ‘zal’, a Polish term used to describe the composer by Liszt. It refers to Chopin’s exile from Poland to France.

The next piece, Chopin’s Sonata in B flat minor, Op. 35 (1839), was a meatier ‘Sonata Funbre’. Its opening movement is an outburst of rhythmically attractive undulating chords and heartbreaking harmonies. There is a combination of agitation and articulated emotional outpours which Lisney performed with skill and dexterity. The famous and sombre Lento march was suitably grand. Hearing Lisney play its bass trills rumbling through the texture and the sinister harmonic development made the audience reassess the familiar tune, which so many people have come to take for granted.

The Polonaise was a light-hearted and entertaining prelude to the Sonata. Its nationalistic Polish dance and fluid, unceasing movement triumphantly made way for the next piece. The Sonata was fresh and effortless. The open Italian lyricism was bought out through busy chordal accompaniments. This was especially highlighted in the Rondo.

I couldn’t fault Lisney’s technically and musically perfect playing. This, mixed with the thoughtfully planned programme, produced a gem of a concert which will stay in the memory for a long time to come.

Lisney’s future London concerts include a performance with Alexander Baillie in the Purcell Room, South Bank Centre on the 12th July and another at The Red Hedgehog in Highgate on 19th July.