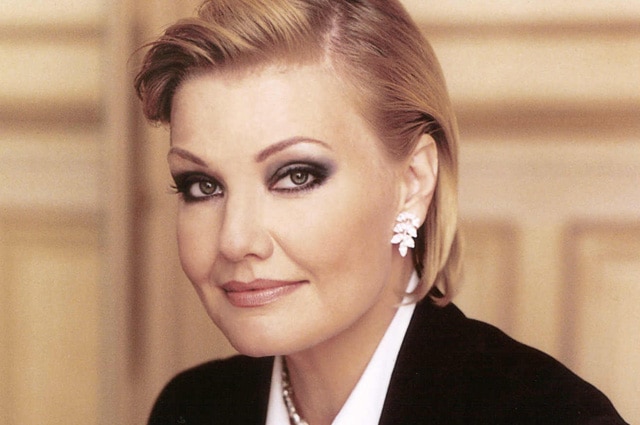 There are few operas as perfectly formed as Jenůfa. Without wasting a note, Janáček wrings every last emotion out of this tragic story of infanticide at the heart of a close-knit Moravian community, and in the process delivers an opera that is unrivalled in its gut-wrenching intensity. Any halfway decent performance should leave an audience feeling shattered, yet optimistic that despite adversity, love and hope can overcome hardship.

Last Sunday’s revival at the Bavarian State Opera was all of this, and more. We’ve been fortunate to see many outstanding performances of Jenůfa over the last thirty years, but this was possibly the finest. The BSO had assembled a cast unrivalled today, with every role cast from strength – in fact it’s hard to imagine any of them bettered.

The main draw on paper was Karita Mattila’s first staged performances as the Kostelnička in Europe, following appearances at the Met, New York, and San Francisco. She has been the reigning Jenůfa since she first sang the role at the start of the century, but now at 56 has taken on the role of Jenůfa’s  implacable foster-mother.To hear this music sung with a voice as opulent as the Finnish soprano’s is a rare privilege. Still at the absolute height of her musical powers she sang the character’s angular music for the most part with a ferocious intensity, yet was also capable of some heart-stoppingly beautiful moments. Aligned to a riveting stage presence, rarely can the Kostelnička’s moral plight have been more tellingly realised than by Mattila in this blistering performance. Her curtain call rightly brought the house down.

Given Mattila’s presence, there was a risk that the other performers might be overshadowed, but nothing could be further from the truth. We first heard Stuart Skelton as Laca at ENO just over 10 years ago, and having been fortunate to witness his many successes at ENO (Peter Grimes, Otello, Tristan), it was revelation to see him return to this role given how his voice has grown and developed since then. Ringing of tone, and a magnetic stage presence, he embodied all the facets of this complex character to perfection.

As his half-brother Števa, Pavol Breslik used his firm muscular tenor to telling effect, and despite his drunken, loutish behaviour to Jenůfa at the start, managed to engage our sympathy by the end. Veteran mezzo Hanna Schwarz was a fearsome Grandmother Buryja, still with plenty of voice at 73, while the supporting cast was as good as you’d expect from the company’s formidable ensemble.

Welsh National Opera’s music director-designate, Tomáš Hanus, conducted a lithe, idiomatic performance, drawing every last drop of emotion from this intriguing score, and was rewarded with exceptional playing from the Bavarian State Opera orchestra. Barbara Frey updated the action to the ‘80s, and although her direction of the singers was exemplary, the zombie-like treatment of the chorus was puzzling – it was more akin to Michael Jackson’s Thriller than a village community, but it was the only part of the staging to jar.

Despite the excellence of all concerned there was one performance that elevated this performance to another level, and that was Sally Matthews’ astonishing assumption of the title role. On stunning form, she lit up the stage with her every appearance, and sang the role more gloriously than anyone we’ve heard before. Her prayer to the Virgin Mary in the central act was heart-breaking, as was her reaction to the discovery of the Kostelnička’s crime. Her forgiveness of, and reconciliation with, Laca at the close brought a lump to the throat. This was acting and singing on an exalted level that took the breath away. The only downside is that there are only three more performances this season. Drop everything and book a ticket now.