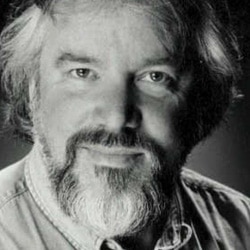 John Tomlinson‘s eagerly awaited debut performance of Schubert’s Winterreise was attended by the cream of British singers (such as Simon Keenlyside, Philip Langridge, Ann Murray and Joan Rodgers) and by many of Tomlinson’s large number of fans.

We were not disappointed as, ably assisted by pianist David Owen Norris, Sir John (who was knighted in 2005) delivered a magnificent reading of Schubert’s late song cycle.

The programme notes for the concert contained the 24 poems, in the original German as well as in English translation by Richard Stokes, which comprise Wilhelm Mller’s poetic cycle. Apart from the biographies of the performers, no other information was provided and the date for Schubert’s composition was given as 1827 instead of 1828. Yet this magnificent song cycle was one of Schubert’s last compositions, written in the year of the composer’s untimely death at the age of 31. Indeed, we know from Spaun – one of Schubert’s close friends – that Schubert’s last days (November 1828) alternated between periods of delirium and periods of lucidity during which Schubert corrected the proofs for Part 2 of Winterreise.

Wilhelm Mller, the author of the poetic cycle, was an amateur musician with an apparently pleasant baritone voice who encouraged musical settings of his poetry. Indeed, he dedicated his Winterreise to his composer friend Carl Maria von Weber.

Though both Mller and Schubert were young men – 30 and 31 respectively – when they created Winterreise, by that time both had the maturity of people of a much older age. Both died young, Mller one week before his 33rd birthday. In its 24 magnificent songs the Winterreise tells of past loves, hopes, disappointments and dreams, all within the framework of a journey in nature.

John Tomlinson captured and convincingly delivered the drama and beauty of the journey. His rich bass voice was wonderfully suited to this version of Winterreise for very low voice, plus his white hair and white beard lent authority and stature to the reminiscences. My companion for the concert, a German student, said that Tomlinson’s German was not perfect. Maybe not, but his delivery of words as well as vocal lines was expressive within disciplined boundaries. Tomlinson’s staying power is also of note; though he had three very short breaks, just enough to drink some water, his voice and concentration were beyond reproach during the almost 90 minute long performance.

Pianist David Owen Norris knows Winterreise well: he has performed and recorded it several times. Nevertheless, modestly and with true artistic spirit, he continues searching for the inner truth of Schubert’s many layers. For my taste, Norris’ timings and rhythmic phrases are sometimes more elastic than one could arguably expect from a classical performance. But he is expressive within the boundaries of taste and, above all, he is very supportive to his singers. Without Norris’ steadfast contribution, Tomlinson’s delivery – a debut in this dramatic yet delicate composition – might have told a different story.