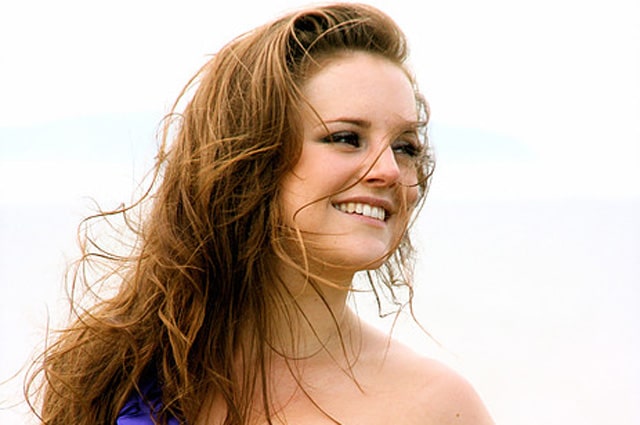 Director Daisy Evans had the idea of updating Purcell’s King Arthur to modern day Britain when she looked at its alternative title The British Worthy and thought what relevance this might have in a country that at present seems so divided.

The resulting reworking from the Academy of Ancient Music, directed by Richard Egarr, was seen in a one-off staging (neither Evans nor Egarr recognise the term ‘semi-staging’) in the Barbican Hall. It changed the order of some of the music, cut all of the original Dryden text, and introduced new texts, mainly delivered by Ray Fearon, from authors ranging from Shakespeare to Wisława Szymborska. Beginning with an excerpt from Ali Smith’s Autumn that read ‘All across the country, people felt they’d really lost … people felt they’d really won’, the presentation focused on post-Brexit Britain. Evans and Egarr argued that this made sense because King Arthur always was a political work, with Dryden having originally conceived it under ‘Merry Monarch’ Charles II, and then revised the text to suit the new atmosphere created by his Catholic brother James II acceding to the throne.

In this way, the work was presented as a series of vignettes. Each scene took place in a location such as a street or polling station (each setting was told to us by being written on flipchart paper), and pitted one group against another such as remainers versus leavers. As a rule, the Britons represented the leavers wanting to see a proud Britain stand tall and independent, and the Saxons the remainers who were perceived as invading, or infringing on, British culture. However, the divisions were quite fluid and could be different in each scene with the blue and red tags that the various cast members carried also perhaps denoting the Conservative / Labour divide. One scene in a pub saw everyone actually unite until the singing of ‘Your hay it is Mow’d’ became too patriotic and aggressive in tone for some.

Many successful parallels were drawn with the modern day so that one scene took place in a homeless shelter, with Ashley Riches delivering the Cold Genius’ arias as a down and out. The battle in which the Britons are ultimately victorious was carried out by commuters brandishing newspapers, which also suggested that this was a war fought as much in the media as on a field.

The difficulty was that replacing the narrative with a series of vignettes removed any chance of investing emotional interest in the characters. It is all very well to argue that Arthur and the other main figures never sang in the original but they were still characters going on a journey. Similarly, much as the arias were designed as divertissements for entertainment they were still sung by (predominantly supernatural or pastoral) figures who had a place in the overall narrative. For example, the Sirens who sing ‘Two Daughters of this Aged Stream are we’ may not have big parts but the point is that they tempt Arthur, and his mind-set and resolve are revealed when he resists the illusion. Here, we may have been given a contemporary equivalent by making the Sirens women in a club trying to pull a man. Since, however, neither the men or women involved embodied the same character in other scenes we were exposed to nothing other than an incident that might occur in the modern world.

While the original may have carried a heavy patriotic element, it still presented a story, while the nationalistic angle that it did possess would have been played straight down the board. Here, while being told that the semi-opera did have relevance to modern day Britain, we lost the very elements – the story and the characters – that help to give any work relevance in any time, and were instead handed a series of commentaries that stood in virtual isolation. I would rather be presented with a 300-year old semi-opera, in which I could be moved into appreciating the virtues of King Arthur and the Britons (no matter how much I might normally dislike the connotations) than have these excluded altogether, and be told to embrace a self-conscious analysis of the work’s themes. The piece is robust enough to be presented in a variety of ways, and not every presentation should have to follow its original five-hour long form. Here, however, the backbone of the work felt so entirely absent that, even though all of the music was included, it was hard to feel that one was experiencing King Arthur at all. An updating is all very well, but the term implies the idea of building on something. Here, with so much of the original being lost, it was questionable what exactly was being updated.

None of the above points should be taken as criticisms of the cast, which proved strong across the board, and saw soprano Louise Alder stand out in particular as she sang ‘Fairest Isle’. The playing of the Academy of Ancient Music was also sublime as it kept the music entirely pure. There were a few occasions when the more normal dynamics or tempi were altered a fraction to suit dramatic requirements but, if the piece was to be staged in this way, that was entirely appropriate. However, even music as wonderful as Purcell’s feels more hollow when it does not fit in with a narrative or convey what seems to be a naturally occurring emotion, rather than one that feels all too invented for the occasion. Performances of just the musical elements of King Arthur tend to fare better because they invite us to concentrate on those, while also leaving us free to conjure appropriate images in our mind. Here, however, there were too many positive distractions such as the rustling of newspapers while the orchestra was playing.

Both the Overture and final Chaconne felt particularly beautiful as they were performed free from any disruption. Nevertheless, the overall experience tended to inspire memories of the previous night’s episode of the comedy Upstart Crow, in which Shakespeare was seen to invent the jukebox musical, utilising Thomas Morley’s back catalogue of madrigals. This is because retrospectively placing a musical in the sixteenth century seems like the opposite to updating a seventeenth century work to the modern day.