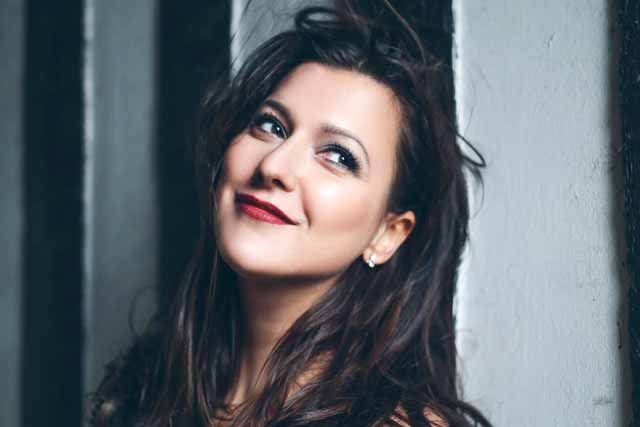 The conductor Carlo Rizzi said that if he could save only one opera from destruction, it would be La bohème, because it is “…the perfect opera score.” No doubt many would agree with him, and it was certainly the orchestra which was the star of the show in this welcome return of Phyllida Lloyd’s straightforward, mostly unsentimental production, here skilfully revived by Michael Barker-Caven. Anthony Ward’s vibrant sets remind us that the opera’s subject is the bohemian life, without being either too tawdry or too glamorous, and the very youthful cast bring a freshness to the music which is often lacking when the work is cast with more experienced principals.

Renato Balsadonna’s experience as Director of the Royal Opera House Chorus was strongly revealed in his management of the Orchestra of Opera North; he’s no novice at conducting, either, but his chorus work seems to have given him a special understanding of the needs of singers, allowing them to caress a phrase or to darken an emphasis as necessary. This is an exceptional orchestra, responsive to a delicate touch as well as to encouragement to indulge in the more sweeping moments, and Balsadonna obtained lyrical, finely phrased playing from every section.

Katie Bird’s Masha was one of the saving graces of ENO’s 2015 production of The Queen of Spades, so her Mimì was awaited with interest. She did not disappoint, faithfully executing Lloyd’s concept of a more feisty heroine than the usual; if this resulted in some lessening of pathos in her Act I aria, it was compensated for by the richness of her tone. Her Rodolpho was the very youthful Thomas Atkins, conceived as a bit of a weed but singing with fervour and warmth of expression. If his high C in ‘Che gelida manina’ was a touch effortful, his singing elsewhere lacked nothing in confidence and even italianitá.

They were supported by a strong ensemble of singers who will surely go on to greater future recognition, especially Timothy Nelson’s Marcello and Samantha Clarke’s Musetta. Visitors to the Grange Festival may recall Timothy’s outstanding Sid in the classic production of Albert Herring, and here he sang the role of the hapless painter with similar commitment and freshness. Samantha was a beautiful Musetta, caressing her lines in ‘Quando men vo’ and transcending the concept of the ‘tart with a heart’ to give a truly rounded performance.

Emyr Wyn Jones was a likeable Colline, singing his aria with poise, and Henry Neill entered fully into the director’s zany concept of Schaunard, which made his grief at Mimì’s death all the more touching. Jeremy Peaker took on the dual role of Benoît and Alcindoro with real aplomb, and Stuart Laing was a clarion-voiced and sprightly Parpignol. The Chorus of Opera North, directed by OIiver Rendell, convinced whether they were nightclub girls or students. The children, from Opera North’s Youth Company, were blessedly free from the tweeness which can sometimes overcome directors in their scene.

The Grand Theatre may not have the Royal Opera’s glitz or glamour, but this cast and orchestra gave a fresh and forthright showing of what can often seem a hackneyed work – and the Leeds audience, made up mostly of opera buffs and a few first timers, certainly knows how to listen to a performance.