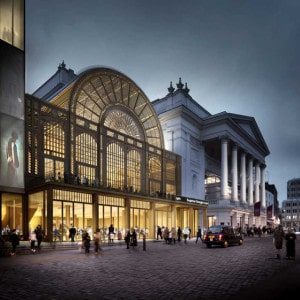 Although he is often considered as a mere composer of popular arias, Puccini’s greatest achievement was in synthesising the traditions of Italian and German opera set by Verdi and Wagner respectively. These two figures were both heroes of his – a signed photograph sent to him by Verdi on the premiere of Manon Lescaut was one of Puccini’s prized possessions, and he was instantly inspired – and intimidated – by Aida when he first heard it at the age of seventeen.

No less influential were his frequent visits to Bayreuth, where he savoured the variety of Wagner’s orchestral palette. From Verdi, Puccini took the essence of the Italian singing style, and he retained the emotional immediacy of his native tradition. Wagner, on the other hand, was the source of both his expanded harmonic framework and a smoother transition between aria, recitative and ensemble than was the case in the earlier Italian tradition.

This was an ideal direction for a young composer to take in the final years of the nineteenth century, and although Puccini’s three earlier operas show some signs of his new style, it was with La bohème that he really succeeded. No Puccini opera was created without a good deal of tension between its creators, and in this case there was also a public battle between Puccini and Leoncavallo (best known for Pagliacci), the latter claiming that he had the idea of turning Henry Murger’s Scenes de la vie de Bohème into an opera long before Puccini. Their two versions of the tale are very different, and at the time Leoncavallo’s was more popular. Posterity has judged to the contrary, however, and the combination of sympathetic characterisation with vivid couleur locale has made Puccini’s version one of the best-loved operas of all time.

John Copley’s 1974 production for the Royal Opera is also a classic, with beautiful designs by the late Dr Julia Trevelyan Oman, to whom the current revival is dedicated. The sets are sumptuously detailed, matching Puccini’s evocation of the bohemian life with seeming perfection, and it’s always a pleasure to revisit them. With Mark Elder working his usual magic in the pit, and the Orchestra of the Royal Opera House in sparkling form, this Bohème worked up to a near-ideal performance of the third and fourth acts, after an admittedly shaky start in the opening scene.

It all came to life with the appearance onstage of Angela Gheorghiu in the role of Mimì. Gheorghiu is always reason enough to attend any performance, but she brings a special quality to Puccini, as was shown in her recent concert at the Festival Hall. As Mimì she was a radiant star, bringing instant pathos and her wonderfully rich tone to her very first appearance in the celebrated Mi chiamano Mimì. She was as always a great actress, a sympathetic ensemble player in the second act and a great tragic figure in her death scene, while her vocal prowess was evident in the incredibly low tessitura of the later stages of the opera.

Gheorghiu’s performance was by far the most satisfying of the evening, though it seemed she inspired her co-stars to unleash their full potential by the finale. As Rodolfo, Tito Beltrán was a little slow to warm up vocally, but he was a committed actor and sang beautifully in the final two acts. Originally, Yu Qiang Dai was to have sung the role, but he has been replaced by Beltrán (Rolando Villazón in two later performances) due to ill health. Given the short notice, Beltrán did astonishingly well.

The other singers were unfortunately uneven, though the final scene was utterly convincing and really ended the night on top note. The Marcello of Mariusz Kwiecień was fabulous throughout, the strongest of the second players, and Joanthan Lemalu’s Colline was not far behind with a touching rendition of his famous aria. Grant Doyle’s Schaunard was disappointing in the first act, but he impressed by the end. Musetta is a difficult role, and Angela Maria Blasi backed off her Quando me’n vo waltz to the detriment of the second act. However, she was truly moving in the final scene, setting a poignant tone to which all responded. Jeremy White was an amusing Benoit, while Ryland Davies pleased as Alcindoro. The chorus was generally excellent, but the children’s chorus lacked co-ordination in the Café Momus scene.

In all, an uneven but engaging show, and well worth catching on the free big screen relays in London, Belfast, Manchester, Birmingham, Liverpool and Hull on 30 June.