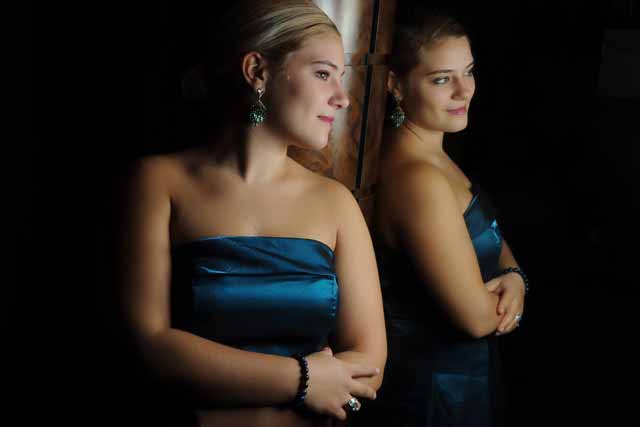 There are many who wish for the same revival of interest in Haydn’s operas as Handel’s have enjoyed over the past fifty years. There is still a way to go before such an ambition is truly realised, but it is certainly encouraging that two of London’s great conservatoires are presenting his works this November, with the Royal College of Music producing Il mondo della luna later in the month, and the Guildhall School of Music and Drama currently performing La fedeltà premiata of 1781.

The complicated plot presents a number of love triangles or even quadrangles, but there is one further twist. The opera is set in Cumae, where every year two faithful lovers must be sacrificed to a sea monster in order to satisfy the goddess Diana. As a result, there is an incentive for any two people who really do love each other to do their level best not to be seen as an item so that their lover does not suffer the cruellest of fates.

If this, however, makes the plot seem, in the words of Dominic Wheeler, like ‘an episode of ITV’s Love Island’ there is a more serious side to the dilemmas posed that this production brings out to the full. It centres on the whole notion of feeding the beast, in both the literal and metaphorical sense. In Stephen Barlow’s production the costumes worn by the principals range from the era when the opera first appeared to more recent times, and act as a complement to Adrian Linford’s set. The backdrop of this presents a traditional Arcadian landscape, but the building to the left of the set, which recalls an eighteenth century house, has peeling wallpaper and broken skylights. On the right, we gain even more of a sense of what life is really like for the average worker as we witness rough brickwork, exposed pipes and a rudimentary fountain.

Besides revealing how this supposed Arcadia is far from perfect, the implication is that we are in a more modern era now but that various characters cling to different aspects of the past, with their belief that the monster needs to be fed ensuring that it is. At the end of the opera things are resolved when Fileno, who loves Celia, offers to sacrifice himself in order to save her and Perruchetto, who have been thrust together as a couple so that they might be given up. This leads the monster to transform into Diana, and thus save him because she recognises his act of self-sacrifice. Watching this moment here, it is easy to believe that she has spent years waiting for someone to enable her to lift her curse by acting in a selfless manner, thus cancelling out her previous sense of offence. Instead though, the people had chosen to feed the monster and propel its existence, but it did not have to be like that. At the start of the evening someone holds a placard saying ‘Revoke the Curse’, as they might carry a ‘Revoke Article 50’ banner today, but they are sidelined, suggesting that the people were capable of acting differently, but lacked the will power to do so.

With the philandering Perruchetto arriving on a motorbike, and the giant monster’s numerous tentacles frequently reaching out onto the stage, the production feels fun, dynamic and extremely professional. The cast too boasts many well developed voices and accomplished performances. Elsa Roux Chamoux as Celia reveals a beautifully shaped mezzo-soprano, while, as Fileno, Robert Lewis’ tenor is highly pleasing. Andrew Hamilton displays a very full baritone as Perruchetto, and Adam Maxey a notably mature bass-baritone as Melibeo. There is a lovely ring to Damian Arnold’s tenor as Lindoro, while Siân Dicker’s excellent soprano comes to the fore in a perfectly pitched performance as Amaranta. There are some wonderful hues to Harriet Burns’ soprano as Nerina, while Eline Vandenheede excels in the small role of Diana. In the pit, Alice Farnham achieves a highly focused and balanced sound from the orchestra, and the result is a truly delightful evening presenting a Haydn opera that deserves to be heard a lot more frequently.

Casts vary over the run, with Cast A performing on 4 and 8 November and Cast B (described above) on 6 and 11 November. For further details visit the Guildhall School of Music and Drama website.