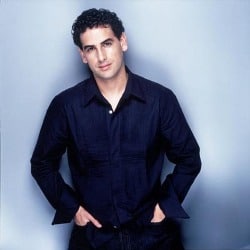 With a well-known cast and production team, the Royal Opera’s new production of Donizetti’s La fille du régiment – its first in forty years – was set to be a sure-fire hit. But in the end, it proved to be something of a damp squib. It may be an opéra-comique, but La fille needs more inspiration than the slapstick comedy that director Laurent Pelly has on offer here.

I was surely not alone in being perplexed about the last-minute announcement that comedienne Dawn French would be appearing as La Duchesse de Crackentorp, and as expected, it’s quite clear that she was brought in in an attempt to render this seldom funny production a bit closer to comedy. In the end, she looked totally out of place on an opera stage, either embarrassed or bored, I’m not sure which. Speaking half her lines in English, and huffing and puffing about the stage to no apparent effect, poor Dawn brought up the curtain on Act 2 with the dreariest ‘ballet’ imaginable. Much as I love her normally, I’m afraid she should stick to Dibley.

Although the opening scene on a barricade has much potential, the sets by Chantal Thomas are pretty dismal. For Act 1, the Tyrolean mountains are evoked by huge maps of Europe (interaction between people of different nations and the breaking down borders are meant to be leading themes of the piece), their corners representing the peaks. On top of this, various stage business takes place (including the titular daughter of the regiment ironing the officers’ clothes and hanging them on a washing line), but there’s not much to engage here. When Marie falls in love with Tonio, a huge postcard with a love-o-meter painted on it descends, but it raised barely a titter in the audience. For the second act, the mountains were still visible in the background, but the main set was a raised room with no wall, only empty picture frames and doors. When Marie is on the verge of being married off to the Duchesse’s son, in comes Tonio atop a tank, surrounded by his fellow soldiers. It’s all so preposterous and tries so hard to be funny in the face of having not an ounce of wit, comic timing or originality, that I don’t believe most of the audience engaged with the drama much.

The musical performance was surely what drew the rapturous applause and it really was rapturous – though even here all was far from perfect. Bruno Campanella‘s leaden pace doesn’t suit the wit of the comic scenes, while he doesn’t draw the warmth from the orchestra needed to express the darker emotions (which do exist in this opera, not that you’d know it from this performance). Yet it was a safe pair of hands in which to put this most strenuously difficult of operas to sing.

The casting of Juan Diego Flórez and Natalie Dessay as Tonio and Marie was too tempting for words or seemed so on paper. In reality, Flórez’s voice lacks the warmth, size and projection of the young Pavarotti, while Dessay’s voice lacks the Italianate sparkle, the style, phrasing and precision needed for this music, and she wasn’t quite in the centre of the note during a lot of Act 1. That said, this must be one of the hardest roles ever written impossibly high and she mustered incredible stamina to get through it at all. Flórez impressed with a confident performance of ‘Ah, mes amis’, but neither he or Dessay is remotely sexy or moving in this production and in consequence, it was quite hard to care about them.

Alessandro Corbelli and Donald Maxwell are two of the greatest comic opera singers of all time, but they made so small an impression as Sulpice Pingot and Hortensius that I could almost believe that it wasn’t them on stage: why waste such enormous talent on such small roles? The most vivid portrayal came from the divine Felicity Palmer, projecting the excessive amounts of dialogue (revised by Agathe Mlinand to very little effect and banally translated throughout) more effectively than many of the other singers. The chorus was all over the place, out of synch with the orchestra, under-projected, and frequently lost amidst the busy production. Musically, it all got better in the second act, but the production was worse. It’s inoffensive, it’s light, but Donizetti deserves better. And don’t we?