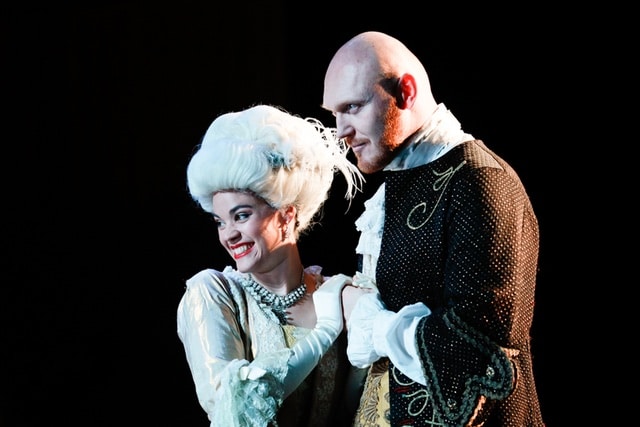 Although the weight of evidence suggests that, contrary to popular opinion, Mozart and Salieri were at the very least respectful rivals in the 1780s, this does not mean that the great Amadeus was never the victim of jealous feelings. One illustration of this is La finta semplice, which he wrote in 1768, but never saw performed in Vienna after its preeminent musicians, being jealous of the 12-year-old’s talents, put obstacle after obstacle in its way. It seems that there was a performance on an improvised stage in Salzburg in 1769, but it was to be the only one in the composer’s lifetime, and presentations of the work remain rare to this day.

The opportunity therefore to hear Ian Page and Classical Opera perform the piece was most welcome. This is especially since its overall level of accomplishment would seem to beat that of other operas Mozart was writing at the time (such as Bastien und Bastienne) and even many years later. For example, although Idomeneo of 1781 is generally acclaimed to be the composer’s first mature opera it combines music that feels extremely modern with some that seems rather more old-fashioned. While the contrasts that result undoubtedly constitute a part of its own brilliance, judged on overall evenness La finta semplice compares quite favourably.

The opera represents the only time that Mozart utilised a text by Carlo Goldoni, with librettist Marco Coltellini having the sense to alter very few words, but also the nerve to try to pass the entire work off as his own. Set near Cremona on a single day in 1768, it sees Fracasso, a captain in the Hungarian army, love Giacinta, and his sergeant, Simone, love her maid, Ninetta. The difficulty is that in order for either couple to marry they require the approval of Giacinta’s brothers, Don Cassandro and Don Polidiro, with whom the soldiers are billeted. 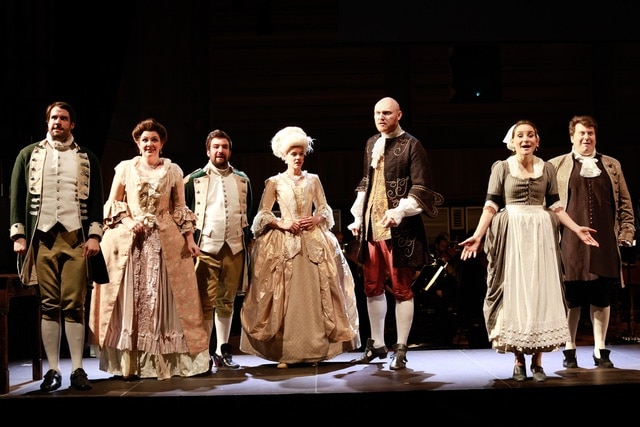 Cassandro, however, has become misogynistic after being hurt by the only woman he ever fell in love with, while Polidoro is terrified of all women and his own bullying brother. Fracasso’s sister Rosina, the ‘fake innocent’ of the title, is arriving that day and so Ninetta proposes that both brothers be made to fall in love with her until they agree to the marriages. Many shenanigans, as well as complications when Rosina really does fall in love with Cassandro, ensue, but the ending is upbeat as three couples emerge happy, and even the one person who is left on his own, Polidoro, does not feel too hard done by.

The average BBC Four documentary will proclaim that Le nozze di Figaro of 1786 was the first opera in which servants became more than simply figures of fun. While, however, it is true that Figaro represented a step forward in seeing the Countess and her maid Susanna sing as true equals, it is hard to argue that Ninetta possesses no brains or wit. In fact, she would seem to be a forerunner of Despina, but while her counterpart in Così fan tutte instructs the sisters on how they should live their lives, Ninetta addresses the women in the audience on the subject. When Giacinta asks Cassandro at the end to forgive her for duping him, she sounds very much like the Countess at the same point in Figaro, except that there it is the Count who has just asked for forgiveness and she is the one actually granting it with her lines.

One of the joys of hearing less frequently performed works is that they can tell us more about those with which we are highly familiar. Listening to any ‘obscurity’ has the potential to shed further light on the ways in which composers and librettists drew from each other, as well as on the thematic devices that so many of them employed. For example, Mozart has Cassandro sing an aria while drunk, which is an idea that can be traced back at least as far as Cesti’s Orontea of 1656 where a duet between the inebriated Gelone and pageboy Tibrino sees the frequent changes from one musical style to another reflect the protagonists’ own short concentration spans. Similarly, Ninetta’s aria in which she proclaims she is sweet and mild until she is crossed is thematically identical to both ‘Una voce poco fa’ in Il barbiere di Siviglia of 1816 and Ernestina’s aria in Salieri’s La scuola de’ gelosi of 1778. 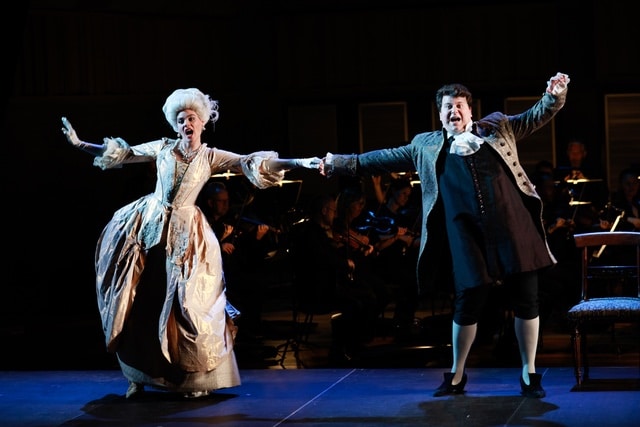 Classical Opera’s brilliant performance benefited from being semi-staged, with the soloists singing from memory and sporting full costumes. This meant that everyone had the music so firmly under their belts that they could concentrate on their expressions, gestures and actions. The newly refurbished Queen Elizabeth Hall proved conducive to presenting the work as it allowed for smooth entrances and exits while two blocks at the front of the stage in Act I were all that was required to delineate the different rooms across which the action takes place.

There was not a weak link in the cast as Regula Mühlemann’s beautifully pure soprano as Rosina complemented Sophie Rennert’s intriguingly hued mezzo-soprano as Giacinta, and Chiara Skerath’s fine soprano and wonderful penchant for comic timing as Ninetta. Lukas Jakobski presented his strong bass to excellent effect as Don Cassandro and Alessandro Fisher his equally accomplished tenor as Don Polidoro, with the splendid acting of both helping to stamp out their respective characters. Finally, Thomas Elwin’s magnificent tenor as Fracasso contrasted well with Božidar Smiljanić’s sublime bass as Simone to seal an evening that was as delightful as it was undoubtedly illuminating.

La finta semplice was performed as a part of the Mozart 250 series, in which Classical Opera always presents pieces that were either composed or performed exactly 250 years earlier. For full details of all of its recordings and forthcoming events visit the Classical Opera website.