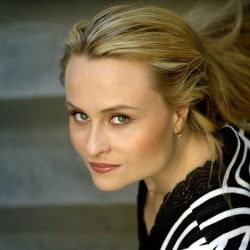 We’re only five days into it, but already the Royal Opera’s French-themed 2006-7 season has justified itself. The first of two concert performances of Fromental Halévy’s La Juive at the Barbican was a reminder of how entertaining and moving French opera can be.

Indeed the best parts of the piece are easily the equal of many of Donizetti’s operas of the time, and as Dennis O’Neill commented to me in a recent interview, the similarities of plot and even structure between La Juive and Il trovatore suggest that Verdi may have known and been inspired by the piece.

The plot is a little convoluted but its central theme is simple. There is a long-standing feud between Eléazor, a Jewish goldsmith, and Cardinal Brogni, president of the Council. Elazor has brought up Brogni’s daughter Rachel as a Jew; the Cardinal thinks she was killed by a fire as a child. As an adult, Rachel is in love with a man known as Samuel, who is in fact Prince Lopold in disguise. Rachel sees him with his wife, Princess Eudoxie, and reveals his secret; Eléazor, Rachel and Lopold are sentenced to death, but Rachel saves her lover. Just as Rachel throws herself to her death, Eléazor reveals her true identity, then he too dies.

It’s strong stuff: at its heart, the opera deals with two racially opposed men, both of whom hate each other for their differing religious beliefs. Their dignity is completely undermined by a cynicism and utter hatred of each other, and at the final curtain, neither side has won: Brogni has stamped out the Jews he detests, but Eléazor has his vengeance by revealing Rachel’s identity as Brogni’s long-lost daughter.

There are so many good things in the opera that occasional lapses into routine recitative are easily overlooked. After a slow start, the Act I finale turned the emotional and dramatic temperature up, and the truncation of parts of the final two acts resulted in a greater tautness. By the end, this was a five-star event.

Four of the singers were outstanding, and the performance marked the welcome return of veteran Welsh tenor Dennis O’Neill to the Royal Opera after an absence of three years. He wasn’t lying when he said that he finds it easier to sing than ever: this was an astonishingly assured performance of Eléazor, one of the most taxing roles available to a tenor. Solid throughout, O’Neill still has the vibrant tone, imposing presence and high notes for which he’s well-known, and his aria Rachel, quand du Seigneur was the highpoint of the evening. The loud ovation at the end of both the aria and the opera was a commendable sign of affection for this much underrated singer.

This wasn’t a one-man show, though. The role of Rachel was taken by the staggeringly talented Marina Poplavskaya. It’s hard to believe that she is a Jette Parker Young Artist because her vocal capabilities are considerable. Her Act II aria was one of the highlights of the evening. No less impressive was Cardiff Singer of the World Nicole Cabell as Princess Eudoxie: a shame it’s a small part, but she shone in her classy Act III aria, showing dexterity in the demanding coloratura passages, particularly the cadenza.

Alastair Miles recovered from a nervous Act I, in which the concertato that he leads was all over the place, to produce some spine-tingling low notes for Act III onwards. He also has great presence, and was a worthy adversary to O’Neill’s secure Eléazor.

Dario Schmunck was a bit of a let-down as the Prince: he has a beautiful voice but lacked confidence and projected very badly much of the time. The smaller roles were all competently taken, if unmemorable, with the exception of ex-Young Artist Matthew Rose, who was exceptional as the sergeant, Albert.

Daniel Oren‘s conducting style is wild and energetic to say the least. But let’s face it: he provided more thrills than spills, even if the latter got in the way from time to time. It needs a big personality to lead a huge opera like this, and the Royal Opera has it in him. The orchestra was in notably better form than in Faust. Halévy’s orchestration is one of his strongpoints, and freed from the ROH pit, the orchestra excelled. I particularly noticed the use of a recurring clarinet pedal note to denote fate, seamlessly threading its way through the piece, and the cor anglais soloist was brilliant in Eléazor’s aria.

In all, with tickets available at a vastly reduced price for the only remaining performance on Thursday, there’s no excuse for sitting this one out.

This performance of La Juive will be broadcast on Radio 3 on Saturday 11 November at 6.30pm.