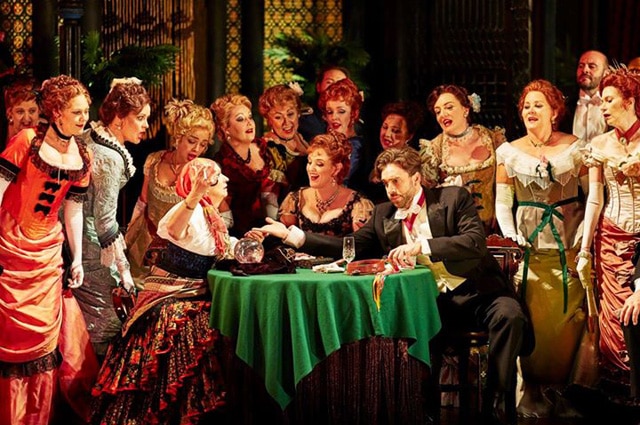 Opera Australia has been in the spotlight recently. At first glance a season consisting of multiple performances of La Traviata, La Boheme and Tosca seems hardly likely to set the pulses racing, and there have been accusations from certain quarters that under its artistic director Lyndon Terracini, the choice of repertoire has stagnated.

In these uncertain financial times, populist operas certainly deliver at the box office, but it’s good news that this season’s ‘difficult’ work, an import of The Royal Opera’s critically-acclaimed staging of Szymanowski’s Krol Roger (King Roger) performed in the original Polish, exceeded its financial expectations. There’s evidently an audience in Sydney for non-standard repertoire, which augurs well for local boy Barrie Kosky’s audacious staging (again from Covent Garden) of Shostakovich’s The Nose which is due next year.

Whatever one’s opinion of OA’s current season may be, this performance of Verdi’s tale of consumptive woe was a huge success by anyone’s standards, showcasing OA’s excellent chorus and orchestra and employing an impressive line-up of soloists. Conductor Renato Palumbo has few peers in this repertoire – we have particularly fond memories of his run of Rigoletto performances at the Royal Opera ten years ago. Not one to wallow or linger, he galvanised his players to deliver a taut, fleet-footed account of Verdi’s evergreen work, eschewing sentimentality in favour of genuine emotion. 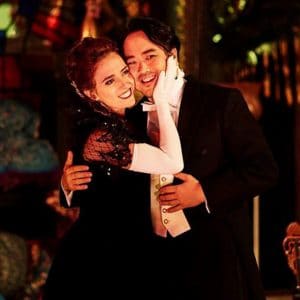 He was aided and abetted by a uniformly excellent cast which boasted one of the world’s leading sopranos, Ermonela Jaho, in the title role as the doomed courtesan, Violetta. Slight of frame, and a wonderfully communicative actress, every facet of the character was tellingly etched from start to finish. Bold and brassy to begin with, her sense of fragility and vulnerability grew as the evening progressed, leading to a genuinely moving and tragic denouement at the close. Her voice – crystalline, precise and fearless was effortless in the fiendishly difficult coloratura and exuded warmth when required. She is one of the finest Violettas around, so it’ll come as no surprise that there were few, if any, dry eyes in the house at the final curtain.

As her lover, Alfredo, Ho-Yoon Chung revealed an appealing tenor voice, perhaps a shade on the light side for this role whilst Jose Carbo was implacable as his father, Germont. Steady as a rock, his rendition of ‘Di Provenza’ was one of the highlights of the evening. All three principals looked at home in Elijah Moshinsky’s venerable staging with handsome designs by Michael Yeargan and Peter J Hall’s sumptuous costumes. Its vitality and spontaneity belied its 23 years. With a splendid supporting cast derived from the company’s stalwart in-house ensemble, this was as satisfying and moving a Traviata as we’ve seen for many a year, and showed OA to be in robust artistic health.