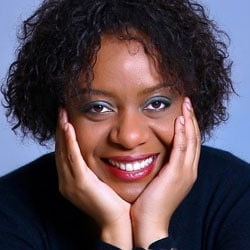 Opera Holland Park’s decision to round off their 2011 season with Catalani’s La Wally may have seemed, to some, like a strange move. Although it is the most famous piece in the composers output, Catalani’s name fades into the obscure when programmed with Puccini, Verdi, Donizetti, Mascagni and Mozart. Although La Wally has its famous moments, few people know and understand the story behind them, so this could potentially have been less of a crowd-puller for the company.

Once Catalani’s score has been heard, however, it is hard to see why this opera isnt performed more often. Opera Holland Park’s programme notes claim that the underrated composers style lies between that of Janáček and Humperdinck (who were both born in the same year as Catalani) indeed, Catalani’s work contains Janáček’s emotional depth and Humperdinck’s accessibility. Opera Holland Park’s orchestra were on top form, and amped up all the emotion in the music, adding a profound depth to the action on stage.

Director Martin Lloyd-Evans has sensibly left the plot and the music to tell most of the story in his brand new production, and his simple but clever direction complements the librettists and composers ideas perfectly. Each character had been well-developed and explored, and the energetic and vivacious chorus singers worked seamlessly as a unit but also had clear individual objectives.

Designer Jamie Vartan’s set complements Lloyd-Evans’ approach to the opera, although a little more slickness could have been achieved during the lengthy set changes. A simple white sheet, manipulated by the technical team and the actors, evokes the stunning backdrop of the Tyrolean Alps. This was particularly effective in the Act II introduction, where Philip Gladwell’s lighting designs captured the glory of the mountains throughout the seasons. The highlight of this innovative idea came in the form of the final avalanche scene, where Wally disappears behind the sheet, and a talented acrobat is released from the flies on a rope, tumbling down in slow motion to the accompaniment of the end of the score. This was an absolutely beautiful vision, rounding off a superbly heart-rending death scene.

The singing in this production is almost universally excellent. Stephen Richardson exhibited his woody dark bass and first-rate acting in the role of Strommingen (portrayed in this production as an abusive alcoholic who takes most of his anger out on his daughter Wally). Baritone Stephen Gadd as Gellner produced an incisive and fluid sound, which moulded itself to each of his characters moods. His impassioned declaration of love to Wally in Act I was incredibly touching, and his darker, jealous moments were equally convincing. Charles Johnston as Il Pedone assumed a comic assertiveness, and Heather Shipp’s warm mezzo-soprano and worldly-wise demeanour made her a compelling Afra. Adrian Dwyer’s Hagenbach commanded all the arrogant swagger the character demands; sadly his singing did not match his dramatic assertiveness, with a rather pinched feel to his top register and very little dynamic range.

One of the evenings stars took shape in the form of Alinka Kozari in the role of Wally’s simple and devoted friend Walter. Her bright and sparkly soprano negotiated its way around Walters arias with perfect ease. Equally impressive was her dramatic exploration of the character she captured all of the young boys mannerisms, from his slightly awkward walk, through his ebullient delight at the young ladies admiring his best suit to his heartfelt devotion to his friend.

The vocal highlight for me, however, was Gweneth-Ann Jeffers in the title role. Jeffers possesses a wonderfully rich, warm and mellow soprano, with enormous power right through her range, and an incredible spread of dynamics (including some spell-binding pianissimi). I felt she could have explored the dramatic potential of her character a little more during the crowd scenes, but she managed to capture Wally’s devastation and terror at Hagenbach’s death, and her scenes with Walter were very touching.

This productions beauty lies in its simplicity. It doesn’t try to do too much, and allows Catalani’s rich, shimmering and evocative score to tell most of the story (which in the context of this opera is exactly the right thing to do). The top-notch cast and chorus seem perfectly suited to each of their roles within this delightful production, and one can sit back and enjoy the music without the commonplace distraction of too much unnecessary detail on stage. A superb production and one which I hope will be revived.