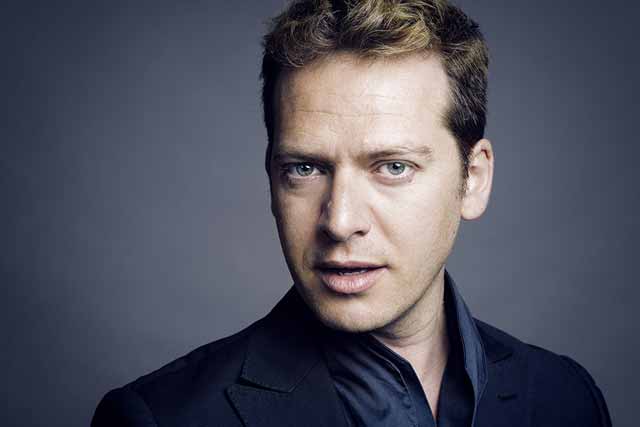 Far la Ninna Nanna, the title of L’Arpeggiata’s Christmas themed concert is an Italian phrase meaning ‘to sing a lullaby’, and lullabies there were aplenty, from traditional Roman and Sicilian ones to Kapsberger’s Figlio dormi and Monteverdi’s Oblivion soave, the more adult version sung to Poppea by her nurse.

L’Arpeggiata concerts are full of textural surprises, the baroque ensemble living up to its name by coaxing sparkling timbres from several plucked instruments, and crossing the boundaries between courtly, ecclesiastical and folk music to offer rhythmic excitement and some cheeky, more modern jazzy takes on music of the 17th century. Although much of this was there, the theme of the evening provided a bit of a barrier, and, unusually, there were moments of ennui, as the inexorable triple-time and simple chord progression that characterised lullabies of the period returned once again – even in music as widely varied in cultural heritage as the Ladino Durme, durme and Merula’s Hor ch’è tempo di dormire. The texts to many of the lullabies with a Nativity theme were fascinatingly full of future threat (not least the Merula, each of whose verses sets out Christ’s Passiontide wounds), but the music only rarely reflected this, and there were occasions where the repetitive lilting almost achieved its narcotic aim. Even the presence of the psalterion (a struck string instrument) which usually, thanks to Margit Ulbellacker’s virtuosity, enlivens L’Arpeggiata’s performances became somewhat all-pervasive and prosaic.

Interspersed with the calmative material, though, were occasional wake-up calls, – Falconieri’s I Spiritillo Brando, or Lorenzo Allegri’s Canario, for example – and here the ensemble demonstrated its usual flair, as one of the theorbos was replaced with a baroque guitar for some busy strumming, and Doron Sherwin unleashed his uncanny ability to bring the syncopating spirit of Dizzy Gillespie to cornett playing. Among these faster items, the most rollickingly enjoyable were two pieces by John Playford: Newcastle and Parson’s Farewell, the former full of nautical flavour in which the future Tyneside folksong When the boat comes in could almost be heard, and the latter ending – after a jolly folksy psalterion and cornett duet – with a shameless cornett quote of Country Gardens.

The vocalists for the evening were an interesting selection. The soprano Céline Scheen and the contralto Benedetta Mazzucato were matched in richness of tone and focus, but sufficiently different in character, such that the suspensions in the duet of Rossi’s Dormite, begl’occhi were beautifully delivered and the contrasts of the verses and choruses of Theile’s lengthy Der Siontin Wiegenlied were precisely delineated. The quasi-recitative nature of Johnson’s Care-charming sleep suited Scheen’s voice admirably, and Mazzucato’s account of Durme, durme was full of exotic low-voice opulence. Both of them, however, had a tendency (perhaps in response to the soporific intent of the lullabies) to swallow their consonants, and even with the (mostly Italian) text provided, it was sometimes difficult to hear the words, a rarity in the Wigmore Hall’s normally analytical acoustic.

The alto Vincenzo Capezzuto (who has also won several awards for dance) has a unique voice. He thinks of himself mainly as a dancer, but as a singer his timbre is remarkable for its lightness and flexibility. It brought to the traditional Sicilian Figghiu miu and Ninna nanna lullabies a splendidly atmospheric touch of an old wise woman bending over a crib.

The evening closed with a typical left field gesture: a baroque-inspired version of Leonard Cohen’s Hallelujah, which left the audience (who sang along) in no doubt of L’Arpeggiata’s ability to surprise and delight.