by Laura Battle
published: 6 May 2009 in Opera and Classical Reviews
Tweet 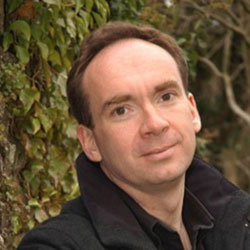 In a Radio 3 interview last week Hervé Niquet declared Purcell’s music French. It was said in jest he was referring to the recent discovery that there were musical spies in the French and English courts but consciously or otherwise this concert was infused with Gallic character.

Niquet and his ensemble, Le Concert Spirituel, are celebrated for their stylish and dynamic interpretations of Lully and Charpentier, and he brought a similar pizzazz to Purcell’s King Arthur, or The British Worthy, with break-neck tempi and wild, showy flourishes.

It’s a tricky piece to pull off. Premiered in 1691 as a ‘semi-opera’, the work was inspired by a contemporary obsession with medieval myth and romance, and Purcell’s music was intended to be incidental to a text by John Dryden. In most modern performances the score is divorced from the play, as it was here, and the effect is almost absurdist, with an inversion of principal characters.

It’s potentially disorientating and rather disjointed: we hear of Arthur’s battles with the Saxon leader Oswald, and his love for Emmeline, through the chorus and five soloists, who sometimes play anonymous narrators and at other times characters as imaginative and diverse as Venus, a shepherd and the sinister sounding ‘Cold Genius’.

In this performance (a semi-staging derived from an earlier, fuller production) the soloists did not offer much in the way of theatrical display but this was added elsewhere: the chorus, and Niquet himself, gamely wrapping themselves in woolly hats and scarves for the ‘Chorus of Cold People’, and cracking open bottles of beer to celebrate the harvest.

Each of the principal singers performed well, however. Deborah York’s soprano is relatively small-scale, but sounded wonderfully agile and refined. Likewise, Anders J. Dahlin’s tenor is and light but well suited to this repertoire, and there was a strong contribution from second tenor James Gilchrist and bass-baritone Andrew Foster-Williams. It was Susan Gritton, however, who made the greatest impression, with an exquisite rendering of ‘Fairest isle, all isles excelling’ that highlighted the aria’s heady sensuality and melodic simplicity.

Niquet trod a fine line. Many may have considered his approach to be too brusque (the piece was done and dusted in less than two hours) but there’s no doubt that his enthusiasm, verging on aggression, brought vitality to Purcell’s music. It was an exhausting but exhilarating evening.