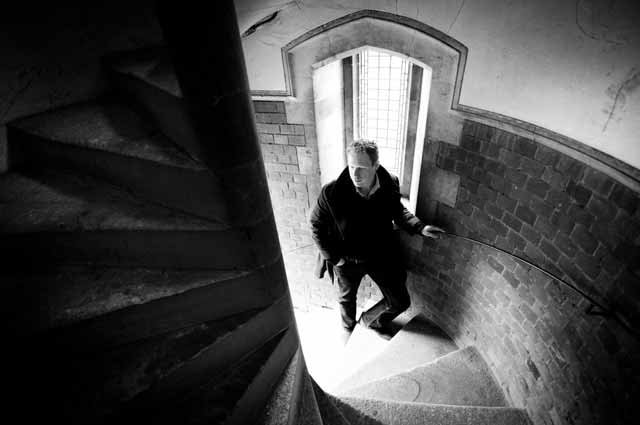 The man that hath no music in himself

Nor is not moved with concord of sweet sounds

Is fit for treasons, stratagems and spoils. (The Merchant of Venice)

Wise words from Shakespeare, and this evening of settings of his sonnets, and lines from his plays, was an ideal refuge from the stratagems taking place a short distance away. The event was in support of Leeds Lieder, now in its fifteenth year and ever growing in stature and significance; like Oxford Lieder, it is a kind of satellite of the Wigmore Hall, bringing the finest exponents of this most intimate of art forms to parts of the country outside of London.

As Sir Thomas Allen noted in his closing speech, it does not get any better than this – and the future of Lieder is safe in the hands of these singers, some so young that he joked that they are not just the next generation, but the next but one. And what a line-up this was, from the ‘veteran’ Sir Thomas himself to the very young winner of the 2018 Kathleen Ferrier award, William Thomas. Leeds Lieder’s patron, the wonderful Elly Ameling, gave a short but moving speech in which she reflected on the talents of the young singers with whom she had worked in the previous day’s Masterclass, and spoke warmly of the success of Leeds Lieder, quoting the remarkable 60% increase in ticket sales last year.

The evening began with a performance of Sullivan’s ‘Orpheus with his lute,’ sung with ideal balance between the experienced (Carolyn Sampson) the up-and-coming (Mary Bevan) and the very young (Ema Nikolovska) and accompanied with verve by Joseph Middleton. Thomas Allen contributed a very fine interpretation of Haydn’s ‘She never told her love,’ and James Gilchrist showed once again that he has few equals amongst tenors with a beautifully expressive performance of Quilter’s ‘Fear no more the heat of the sun.’ Carolyn Sampson and Kate Royal gave stunningly dramatic renditions of Strauss’ Drei Lieder der Ophelia aus ‘Hamlet’ and Korngold’s ‘Ophelia’s song’ respectively. Nicky Spence’s bravura performance of John Dankworth’s ‘Dunsinane Blues’ was just what was needed to supply more than a little humour to the proceedings.

The second half of the concert brought the young singers to the fore, with some astonishingly fine voices on show. William Thomas’ exceptionally cultivated, true bass was heard to advantage in ‘Blow, blow, thou winter wind’ (Frank Bridge) – genuine bass voices such as his are thin on the ground, and one can hear a future Handelian and perhaps even Wagnerian bass in his tone and phrasing. Kieran Carrel is another young singer who has been making a name for himself, unsurprisingly given his confident projection and sensitivity to language, beautifully demonstrated in Schubert’s ‘Horch! Horch! Die Lerch.’

David Webb is a similarly young and equally talented tenor; his finely phrased and elegantly sung ‘Orpheus with his lute’ (Vaughan Williams) gave much pleasure. Ema Nikolovska recently won the Ferrier Loveday Recital Prize, unsurprisingly given her exceptional communication and dramatic skill – her singing of Alison Bauld’s Witches’ song from Macbeth was a tour de force of quite terrifying skill, aptly contrasted with Kitty Whately’s gripping ‘Lady Macbeth, A Scena for mezzo-soprano and piano’ (Joseph Horowitz).

The final song of the programme was Vaughan Williams’ ‘Serenade to Music,’ wonderfully performed by the entire ‘cast.’ Such a varied evening, in terms of personnel, repertoire and style, can only be achieved with the participation of the finest accompanists, and we had those in the director of Leeds Lieder, Joseph Middleton, and the ever-genial, ever collaborative Malcolm Martineau. The continuing success of this ‘outpost’ of the Wigmore Hall in what some think of as ‘the desolate North’ provides a resounding contradiction to such impressions. The next festival takes place in April 2020, as always in the intimate settings of the three recital rooms which have been home to so many evenings of Song.