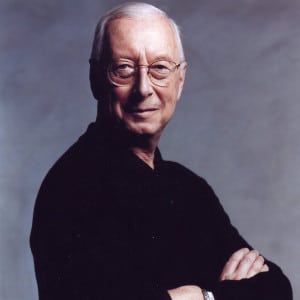 To mark the 250th anniversary of the composer’s death, several Rameau operas  featuring dance have appeared in London this year. On this occasion, however, Les Art Florissants made a further contribution to our understanding of the composer by presenting two of his one-act ballets. Written in the 1750s, when Rameau was already around seventy, they reveal him in his most mature phase of writing, and help to fill a gap in our knowledge of the various genres in which he wrote.

Daphnis et Églé (described as a pastorale héroïque) and La naissance d’Osiris (an acte de ballet or ballet allégorique) were written to be performed in the palace of Fontainebleau in 1753 and 1754 respectively, the years that celebrated the births of the Duke of Aquitaine and Duke of Berry (the future Louise XVI). The former describes how Daphnis and Églé consider themselves to be friends, only to discover that they really are lovers. The latter simply heralds the birth of the god Osiris and plays out the festivities that surround that event.

In both cases, the plots might be described as wafer thin, but they were never intended to be anything else. The aim of the ballets was not so much to entertain (in the sense of holding an audience with highly charged twists and turns), as to provide entertainment. In an intimate court setting, the combination of beautiful music, singing and dance would have been more than enough to delight courtiers and flatter the crown. That, at least, was the theory for Daphnis et Églé was actually withdrawn from the 1753 Fontainebleu schedule of entertainment following negative reactions to the dress rehearsal.

Although the Barbican Hall could not quite generate the same atmosphere as a French Baroque court, in all other respects the reproduction of these ballets seemed fairly authentic. The Orchestra of the Age of Enlightenment’s performance of Zaïs last April may have been wonderful, but it still, understandably, ‘cut corners’ in semi-staging what would originally have been a fully-fledged opera. Here, however, the small number of props that were introduced probably reflected the amount that would have been utilised in the original, even if it is not clear that these would have been unpacked from crates at the start to form the drama that accompanies the Prelude to Daphnis et Églé.

While, however, director Sophie Daneman and choreographer Françoise Denieau are experts in the fields of eighteenth century performance and choreography, they were adamant that no-one could ever know exactly how these ballets would have originally been presented. As a result, they deemed it just as important to put something of themselves into their production. In the event, their vision came across clearly as a large performance area was created by literally hunching the orchestra of Les Arts Florissants (on wondrous form) right to the back of the stage. Music director William Christie then faced the audience for much of the evening so that both the singers and players could at least glimpse his conducting throughout.

Visually, there was no jarring divide between the singers and dancers. Of course, whenever a solo or group dance was required these were performed by the professional dancers, but the relevant individuals arose fluidly out of the overall mass of people to take centre stage. On one occasion a man got cramp mid-dance, emphasising the role of movement as a dramatic device, and at the end of La naissance d’Osiris everybody danced.

Although the dancing might have seemed ‘primitive’ by today’s standards, these performances were a great reminder of how the basic steps, or building blocks, of ballet have hardly changed, and would still be recognisable on the stage of the Royal Ballet today. Here, however, they were utilised with integrity to produce the most seamlessly fluid, swirling effects imaginable. One pas de deux in Daphnis et Eglé could have been seen as a precursor to the dance of the Harlequin and Columbine in The Nutcracker or of the dolls in Coppélia, suggesting that the use of stylised, mechanical gestures to hint at deeper emotions beneath is older than we might sometimes think.

Alain Blanchot’s costumes were radiant. Again, while they resembled those that might be found in Watteau paintings, the colours closely resembled the greens, yellows and oranges that feature in Anthony Dowell’s 1987 production of Swan Lake. Christophe Naillet’s lighting designs, which lit almost everything from the sides or above, also made a substantial contribution to the atmosphere.

The singers, although on the whole possessed of lighter voices than those that tend to tackle Verdi and Wagner, projected very well in the large Barbican Hall. In particular, Élodie Fonnard sang Églé beautifully, Reinoud Van Mechelen had a light yet full voice as Daphnis, while Magali Léger brought vibrancy to the roles of Amour and Pamilie.