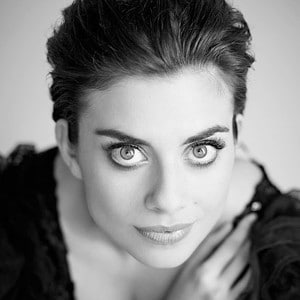 From past experiences, Bizet’s Les Pêcheurs de Perles, with its famous duet that to an extent carries the entire work, is a comparatively straightforward opera to perform at a reasonable standard, but a difficult piece to execute at a high one. If, however, this view was held before venturing to Holland Park, Oliver Platt’s production there only reinforced it. The singing and staging as individual elements comfortably make the grade, but the characterisations only seem to go skin deep, and the wealth of emotions to be mined throughout the work remain somewhat under- explored.

The staging is colourful in the literal sense, with bright costumes; the floor is blue and gritty in texture, capturing the point at where the burning sand meets the sea, and an orange sail is hauled into different positions to create a backdrop, a canopy or Leïla’s tent. It is hardly a vintage set design, but its simplicity is a virtue and it takes full advantage of darkness falling upon the evening to highlight the repressive, judgmental and fearful nature of the close knit fishing community. At the climax, ropes bearing candles drop from the ceiling, with the only two lacking such an object being those reserved for hanging Nadir and Leïla. The same lines that bring light to others will despatch this pair into darkness.

Although Keel Watson is strong and sturdy, both vocally and dramatically, as  Nourabad, the one principal who really stands out is Soula Parassidis as Leïla. There is an almost ‘metallic’ purity to her voice that, when combined with impeccable phrasing, makes her performance of ‘Me voilà seul’ very special. At the top of her register, in the most climactic or tender moments, she brings her rich yet perfectly measured vibrato to the fore, and on opening night the park’s peacocks pulled off the mightiest coup (no pun intended) by coming in at moments that seemed to complement her central aria perfectly.

As Nadir, Jung Soo Yun’s large, if not tonally rich, voice proves brilliant at those times when every good aspect of it comes together. Just the slightest of problems with tuning or phrasing, however, can undermine the overall quality of the sound, with the result that only moments within ‘Je crois entendre encore’ thrill. As Zurga, Grant Doyle asserts his firm baritone instrument, but at some points his sound suddenly feels dampened.

The major problem, however, rests with a lack of any real emotion in the performances. It becomes hard to believe that there is much chemistry at all between Leïla and Nadir, and in ‘Au fond du temple saint’ Nadir and Zurga feel a little wooden in their expressions and gestures. It is a good idea to see the two coming together and then parting company throughout the duet as we are witnessing two individual, yet highly similar, responses to the same woman, but it is only the opera’s ending in which Zurga makes the ultimate sacrifice and stays to face the consequences of his actions that really stirs the heart.

Watching Matthew Waldren in action, he appears to be a very good conductor, but it sometimes feels as if the orchestra is imbuing the music with less energy than he is asking for. Nevertheless, the City of London Sinfonia’s sweet and smooth output can be counted as one of the highly successful elements in a production of slightly mixed fortunes, and it ultimately helps to create some of the emotion that is insufficiently generated from other aspects of the evening.

For details of all the productions in Opera Holland Park’s 2013 season click here.