by Barry Creasy
published: 8 May 2021 in Opera and Classical Reviews
Tweet

Strauss, Liszt and Rota feature in a remarkable performance by the LSO. 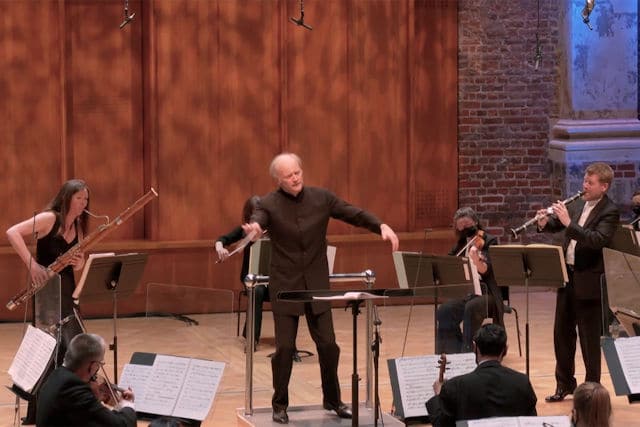 Courtesy of Marquee TV, the London Symphony Orchestra have embarked on a series of broadcast concerts from LSO St Luke’s, which, thanks to slightly more relaxed rulings around social distancing, now feature nearly the full orchestra (albeit no live audience).

And what a pleasure it was, after all these months, to hear an orchestra let rip with a full string sound, underpinned by a healthily solid brass section for the climactic ‘love’ theme of Liszt’s fourth symphonic poem, Orpheus. This wall of sound wasn’t the only delight in the piece, though; Gianandrea Noseda, perfectly at home in this chromatic milieu, kept the pace of the piece up, so that it didn’t become too indulgent, yet gave the orchestra plenty of space for Liszt’s subtle instrumental texturing to shine, from the haunting opening statement for harps and horn through some precisely controlled cello solos to its luminescent close. 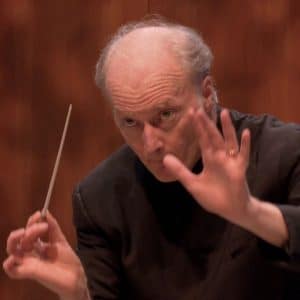 By the time they embarked on the Liszt, the orchestra had warmed considerably, and the playing felt more relaxed than it did for the opening work, Richard Strauss’s Duett-Concertino for Clarinet and Bassoon. Completed in 1947, this is one of Strauss’ late works, and, like the 1945 oboe concerto, it is a minimally scored work (strings, harp and the two solo instruments) painted in musical pastels. It is nonetheless agile and full of melodic material that is both broad and angular. The balance of the conversation between the two instruments and the accompaniment needs to come from a real ‘feel’ for the piece, and although Chris Richards’ sublime high clarinet entry, almost from nothing, was intelligently observed, there was a feeling that the strings hadn’t quite settled into the work; nothing identifiably technical; just a sense that they were playing the notes but not the piece. Notwithstanding this, the exchanges between Richards’ clarinet and Rachel Gough’s bassoon were handled with skill, and the mood swings of the dialogue across the three movements were delineated with charm and intelligence (particularly of note was Gough’s approach to the gorgeously haunting bassoon entry in the second movement, which was neither too saccharine nor too academic). Noseda ensured that the mercurial dynamic contrasts were all in place, but one had the feeling that, initially, at least, he had to work for them. The piece was also slightly marred by broadcasting infelicities: although the harp doesn’t get a great deal to do, it was all-but inaudible when it was playing, and the camera work didn’t always quite align with the solo conversation (when both soloists were playing together, we didn’t always see both of them).

“…what a pleasure it was, after all these months, to hear an orchestra let rip with a full string sound…”

The final work in the programme was Nino Rota’s third symphony. Rota is best known for his film scores (he won an Oscar for The Godfather II), but his concert works have a great deal to commend them, and Noseda is something of a champion, having recorded several of them for Chandos. There were no disappointments here, as Noseda and the orchestra handled Rota’s material with love and skill. It’s a quirky symphony: only 20 minutes long, it manages to pack in a wide range of moods (as one would expect from the composer of music for films by Fellini and Visconti), and all of them received detailed attention, from the capricious first movement (the feeling of a confident stride around town that’s interrupted by periods of musing and woodwind ‘trips’) through the build and release of the second movement’s ‘tragic’ theme, the whirl of the third movement’s scherzo to the solid drive of the final movement, whose Beethovian coda fades away before finishing on a machine gun rattle.

The concert can be accessed via subscription to Marquee TV.