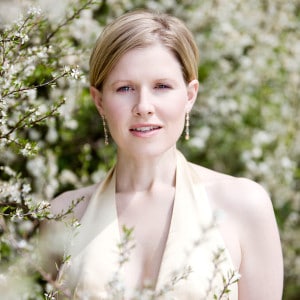 Although rarely performed today, Robert Schumann’s oratorio Das Paradies und die Peri proved highly popular from its first performance in 1843, with interest only dwindling over fifty years later. It is based on the Irish poet Thomas Moore’s verse epic Lalla Rookh of 1817 which itself proved very lucrative for the author. Recognising that he could not simply set Moore’s text to music, because it presented insufficient opportunities for dialogue and first person utterance, Schumann employed Adolf Böttger to develop it, but a reasonable amount of the poet’s original verse remains, albeit now appearing in German.

The plot centres on a Peri, a fallen angel who has been expelled from Heaven, but who unlike Satan has the chance to redeem herself and re-enter Paradise. In order to do so, she must find that which is most dear to Heaven, but when she takes a drop of blood from a hero who died trying to protect his people’s land in India an Angel informs her that this is not enough. A second attempt sees her go to Egypt where she takes the final breath of a devoted woman who died kissing her lover who she knew was plague ridden, but again this proves insufficient. Finally, she travels to Syria where she finds an old man confessing his life’s deeds to a child, and the tear she takes earns her re-admittance for there is nothing dearer to Heaven than the tear of a repentant sinner.

Although Schumann’s composition predates Der Ring des Nibelungen and most of Wagner’s other major operas, the fact that traces of his ideas are to be found in the work only reveals how Wagner, Schumann and indeed Moore (whose poem was based on Persian sources) were all referring to myths, ideas and concepts that had a long history. The Peri takes the final drop of blood from the hero before ‘its free-born spirit fled’, which appears reminiscent of a mortal ascending to Valhalla. The Egyptian woman’s plan to perish along with her husband seems similar to Isolde’s efforts to ensure that both she and Tristan die (although in this instance nothing transpires to rescue them). Even the old man confessing how he went astray to the child has undertones of Wotan seeing in Siegfried the hero who will not falter as he did.

The music, which Stephen Johnson describes as ‘more like a beautifully sequenced, sometimes skilfully dovetailed orchestral song recital than any oratorio of Schumann’s day’ is notable for its melodic flow. Indeed, recitative and neo-Handelian contrapuntal writing in the choral music are both kept to a minimum. If, as a result, it is also possible to describe the orchestral arrangement as conservative, in the hands of the London Symphony Orchestra under Sir Simon Rattle, it became easy to appreciate that the controlled parameters of the score may well be what makes the music so beautiful and elegant. Dramatically, there is also a great deal of variation as, for example, the Peri’s sense of triumph on believing that the hero’s blood will redeem her gives way to despair as the Angel proclaims it is not enough to allow her to re-enter Paradise.

The London Symphony Chorus played its part to the full, while there were no weak links among the soloists, who included Kate Royal as the Maiden and Andrew Staples as the Young Man. Florian Boesch asserted his bass voice with chilling power as he sang Gazna, the hero’s murderer, before introducing a far more sensitive sound as he took on a lengthy bass solo and then played the sinful Man. Bernarda Fink was exceptionally radiant and secure as the Angel, while Mark Padmore really excelled as the Narrator in a role that requires a little more vocal heft than the various Evangelists he has played.

The four soloists from the Guildhall School, Francesca Chiejina, Elizabeth Skinner, Bianca Andrew and Emily Kyte, were excellent as the host of Peris, with their beautiful singing matched by strong rhythmic awareness and superb pronunciation. The highest accolades, however, go to Sally Matthews as the Peri whose full, vibrant and precise voice took her all the way to the exuberant finale with its culminating high C, which she executed to perfection.

This concert was broadcast live on BBC Radio 3 and will be available on iPlayer until 10 February.