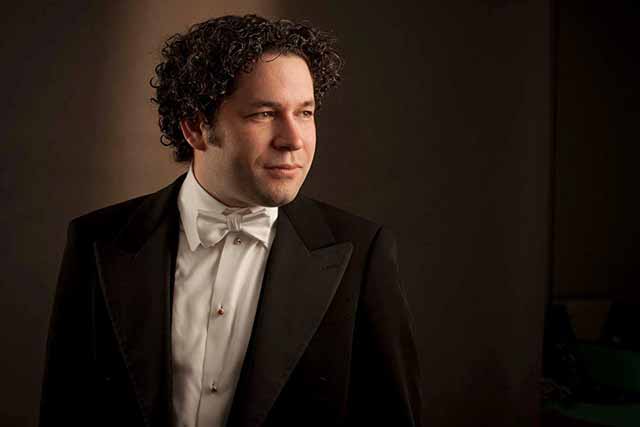 The LA Phil were in town for a short residency at the Barbican as part of a celebratory centenary tour with their music director, Gustavo Dudamel, on the podium. This final concert paired Bruckner’s evocative Fourth Symphony alongside the European premiere of Andrew Norman’s Sustain. On paper this looked like a promising climax to such a milestone in the orchestra’s history, yet in reality proved to be a disappointment of such epic proportions that it’s hard to know where to start.

Let’s start with the Bruckner. The Austrian composer’s Fourth Symphony, subtitled the ‘Romantic’, begins with one of the most evocative openings of any symphony – a hunting horn is heard through the early morning mist – the musical equivalent of a Caspar David Friedrich painting, shimmering as day slowly breaks. It requires a mystical touch infused with subtle half-colours, but not here. Despite Andrew Bain’s expressive horn playing, Dudamel seemed hell bent on creating a musical canvas with only broad brush strokes in primary colours. There was no sense of nuance, shading or any real understanding of the architecture of the piece.

The first movement continued in this vein, climaxes were brash, never organic, and given Dudamel allowed the brass to play at an unremitting ear-splitting volume you had to wonder why on earth he had chosen to programme this work, failing as he did to show any affinity with the composer’s style. The over-exuberant interjections from trumpets, trombones and tuba made us wonder whether they were performing a hitherto unknown edition of the score by the American marching band supremo, John Philip Sousa, but no – this was the tried and tested Nowak edition (with revisions).

The second movement began as balm to the ears in comparison, with some richly eloquent string playing and some great horn playing, but it was short-lived as anger crept into the pizzicato section, which seemed totally out of place. Luckily some mesmerising woodwind playing meant this movement wasn’t a total write-off.

The Scherzo and trio requires a lightness of touch which was missing in Dudamel’s heavy-handed approach, and again, the volume was a times unrelenting. He continued in this vein throughout the final movement. There was no subtle shading or mystery, while the great chorale-like fanfares for brass were brazen where they should have exuded warmth.

It didn’t help that Bernard Haitink’s glorious account of this symphony with the LSO early in the year at this very same address still lingers in the memory. Dudamel’s approach couldn’t have been more diametrically opposed to the Dutch maestro’s, but as far as these ears were concerned Dudamel failed at every single hurdle the composer sets – indeed it’s hard to imagine a more unsympathetic performance of this great symphony than this one.

Norman’s Sustain opened the concert. Composed last year, this thirty-minute piece in one single movement didn’t really say much, and what it did have to say could have been said in half the time. Glissandi strings, giving the impression of waves were accompanied by sporadic woodwind flourishes and occasional percussive interjections. When it felt like we were heading for a climax, the music subsided, and we were taken back to the start. Towards the end the music took on a different style, as if part of Charles Ives’ musical DNA had somehow seeped into the score, and for a brief moment Sustain became arresting, but alas the change in gear was short-lived.