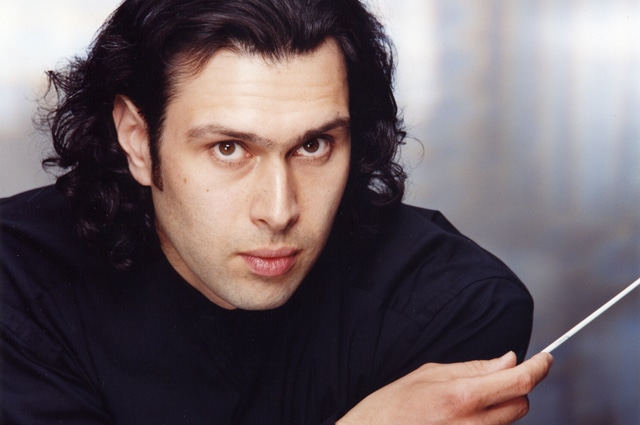 If this performance of Mahler’s Symphony No. 8 in E flat major from the London Philharmonic Orchestra under the baton of Vladimir Jurowski was not entirely flawless, the few imperfections there were tended not to be strictly musical. Rather they pertained to how the work was presented, and even here the majority of ‘staging’ decisions worked very well. The few that did not were far from the result of laziness, as it would have been difficult to work out that the intended effect might not quite come across until witnessing it in the flesh.

The vast choral forces, comprising the London Philharmonic Choir, Choir of Clare College, Cambridge, London Symphony Chorus and Tiffin Boys’ Choir, occupied more than just the choir stalls. They also took up the audience slips on either side, coming right around to the doors at the top of the front stalls, where initially two further sections of twenty singers also stood. This is because the evening was to begin with Tallis’ Spem in alium as a way of contrasting two works that both, in their different ways, can inspire religious awe. They might also be classed as pieces that represent pinnacles in choral writing for their respective times, places and genres of music.

Spem in alium was performed by eight groups of twenty singers, thus averaging four to a part, that were situated in a semi-circle that ran from the top left of the front stalls, around the slips and the choir stalls, to the top right. This provided an excellent sense of ‘surround sound’, and the singing from the London Philharmonic Choir and Choir of Clare College, Cambridge was very strong with excellent tuning. The difficulty was that, from where I was sat, the first and eighth sections were by far the closest, and the fourth and fifth the furthest, so that as the parts came in one by one, those in the middle sections felt more muted. The experience would have varied in different parts of the hall but only a portion of the seats would have permitted the listener a balanced sound. Nevertheless, moments when the ‘exchanges’ between the parts were in just the right place for the positions of the singers were absolutely stunning.

At the end of the piece, Jurowski went straight into the Mahler without even fully lowering his baton to give an upbeat. The choice to do so was something of a mixed blessing as the surprise that was generated in terms of contrast between the two works was partly marred by only fully comprehending what had happened a second after it had done so, thus actually blunting the impact of the latter’s momentous opening. There were times in the first half when one felt sensory overload, which in many ways is what the piece strives for, but the sound sometimes became so overwhelming that it was difficult to delineate what was happening. The soloists were situated behind the orchestra, which was exactly the right place for them to be in Part II when the positioning of each as part of the overall experience was very important. In Part I, however, it did not help them to get their lines across, and they might have been heard to better effect at the front of the stage.

Nevertheless, if it seemed at the start as if Jurowski might drive the piece too hard, any such fears were allayed as soon as the first choral passage ended, and the orchestra revealed just how balanced and sensitive a sound it could produce. The control achieved then radiated out to the second choral section and beyond, which ensured that Part I ended on an absolute high. Interesting touches included placing some of the brass in audience boxes above the stage, and seeing the members of the Tiffin Boys’ Choir cup their hands to their mouths as they sang. This helped direct their sound while also introducing an appropriate element of theatricality.

Part II was focused and divine from start to finish, as the orchestra produced an exquisite sound as it delineated the lines perfectly. There was beautiful playing from the solo violin and solo viola, while the brass also excelled, ensuring that their sound was sufficiently striking, but also warm as it blended well with the rest of the orchestra. The choirs were all excellent with their enunciation proving particularly impressive.

The performance also featured lighting designs from Chahine Yavroyan, which could bathe the organ in gold, purple and silver hues, and light up different sections of the choirs as they sang. This ensured that as the orchestra played alone the hall was in relative darkness and we could focus in on the players, and that when all of the choirs sang it was lit to the full. When tenor Barry Banks sang of the ‘Mother of perfect purity’ more lights came up, and although this was because two further sections of the choir were about to sing, the move still introduced a sense of lightness in keeping with the words.

The soloists performed very well, which was no mean feat given that a sizeable number of them were eleventh hour replacements. For the second half, the majority were placed in an empty space in front of the organ between the two large choirs. This worked very well when, for example, sopranos Judith Howarth and Anne Schwanewilms and mezzo-soprano Michaela Selinger sang together, but it also worked for bass Matthew Rose to remain directly behind the orchestra where he had been in the first half.

Use was also made of the hall by placing the Tiffin Boys’ Choir in boxes on one side for Part II. Then Schwanewilms sang from one audience box and soprano Sofia Fomina from a higher one above the Royal Box, with their differing sounds also working well with their contrasting positions. This was both an excellent and thoughtful performance of Mahler’s Symphony No. 8 in E flat major in which, by virtue of the brilliance of their execution, the most quiet and reflective passages were just as overwhelming as the more obviously exuberant ones.