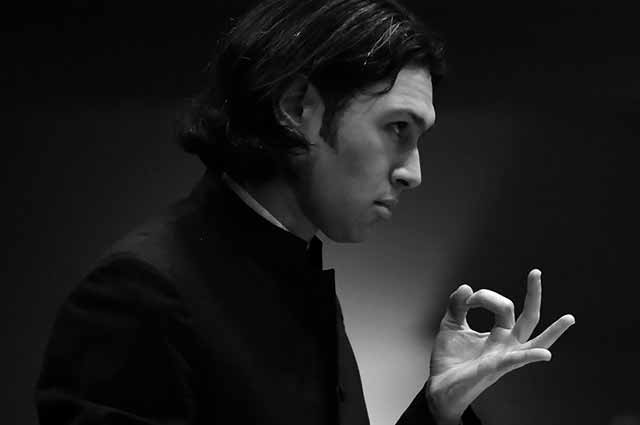 Sometimes, a hot bath of a concert is just what’s needed, and The London Philharmonic Orchestra under Vladimir Jurowski provided precisely such a luxurious and relaxing soak on Wednesday evening, with a concert that was both undemanding and (notwithstanding the unseasonable weather) warming to the core.

The evening began with Wagner’s overture to Tannhäuser; yes, it’s a pot-boiler of a work, but even after many hearings, the excitement of it (particularly that growing triplet tread in the strings) never fails to move, and the LPO gave a textbook performance. All the right things were in all the right places, the orchestra highlighting the difference between the sacred and profane in the vignettes through use of tone and energy (and avoiding the lumpiness of transition between sections that can sometimes happen). As a final treat, the horns applied some magnificent turbo-charge to that last searing descant over the rest of the brass.

It is always a pleasure to hear and to watch the clarinetist Andreas Ottensamer; not only is he a consummate performer on this most timbrally varied of instruments (sensitively employing everything from the windy squeaks at the top of its range, through the gentle pianissimo non-attacks, to the rich chalumeau register), but (particularly when playing off score), he lives the music through poise and balletic gesture; if it is not blasphemous to say so in a classical context, he is a true entertainer.

Weber’s 1811 clarinet concerto is another popular piece, but Ottensamer, Jurowski and the orchestra kept it fresh and vibrant through a steely attention to dynamic and speed, allowing the breathtaking runs in the outer movements to come over as both unfussy yet joyous (the ‘gypsy’ bounce of the last movement was a model of controlled boisterousness). The second movement, particularly, was a delight, the clarinet just bubbling away at the edge of the orchestral texture in a true communion; the moment, towards the end of the movement, when a unison repeated statement in the horns is taken up by the clarinet, was special indeed, Ottensamer’s entry budding imperceptibly from the horn reverberation.

Another treat was Alice Mary Smith’s Andante for Clarinet and Orchestra. Sadly, the works of Smith (an early-mid 19th-century British composer) are much underplayed, and the Andante is a beautiful piece that needs more exposure. Although there are touches of Mendelssohn – and even Sullivan – about her style, Smith’s voice is unique, and this short work is saved from sounding too ‘parlour’ by its nimble and quirky orchestration and the sensitive writing for the solo instrument – to all of which Ottensamer and the orchestra gave full attention.

Brahms’ second symphony is a work full of the joys of life; yes, it has some dark moments, but they are few, and the sunshine soon returns. Jurowski and the LPO gave it an excellent rendition, bringing its reassuring lushness to the fore in the intensity of cello playing (particularly at the opening of the second movement), the warmth of the brass throughout, and the pastoral wail of the woodwind in the jolly little dance of the third movement. In these days where not a few works are created from ponderously changing note clusters, it’s pleasing to hear orchestral counterpoint, of which Brahms was a master, and the orchestra brought this out to the full, enjoying the play of thematic material across the instruments, evidenced, in particular, in the handling of the orchestral ‘busyness that means business’ at the opening of the final movement. The explosion into near-riot at the close of the same movement was thrilling.