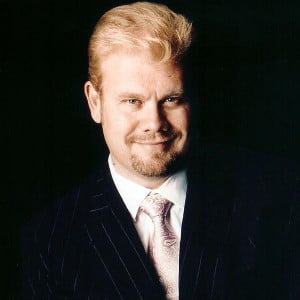 The LPO’s performance of Peter Grimes, forming part of the South Bank Centre’s weekend of events to commemorate Britten’s centenary, was as emotionally embracing as anything that might be found in one of the world’s great opera houses: it was dramatically powerful, full stop!

With both principals and chorus costumed, director Daniel Slater made good use of the Royal Festival Hall’s space. The chorus (London Voices) began the evening in the choir stalls with any soloists required in the opening court scene sitting among them and rising to ‘speak’ at the appropriate moment. After this, whenever the mass of people was needed, they appeared on stage in front of or behind the orchestra as the drama required.

In Act II the chorus’ singing in church came from offstage. Lighting levels were altered throughout the evening, and although this was partly in response to the occasions when there was and wasn’t drama to witness, the lower levels and blue-green tinge that they carried really emphasised the repressive nature of the coastal community. The staging was at its most effective during the Act I storm. With principals and chorus alike huddled in The Boar, we witnessed a series of episodes in which typically another character appeared, accusations were made and insults traded, before the lights fell once more for another round of that shattering storm music.

The principal line-up was exceptionally strong, both vocally and dramatically. Stuart Skelton gave a stunning performance as Peter Grimes with his powerful, impassioned  voice. It is very easy to see Grimes purely as a victim, forced to increasingly desperate lengths by the judgmental society around him. Skelton’s performance felt all the richer for making the character feel stronger so that we had some sense in which he was making a conscious choice to behave as he did in order to stand up against his adversaries. This said, he could suddenly switch mood to reveal the most tender voice and by extension the most vulnerable, soulful character.

American soprano Pamela Armstrong was staggering as Ellen Orford, with a rich, resonant voice that became increasingly exciting the higher it rose, but which never sacrificed an ounce of vocal technique as it did so. Of the remainder Brindley Sherratt as Swallow and Alan Opie as Captain Balstrode stood out, but no-one in the cast, which included Pamela Helen Stephen, Michael Colvin and Mark Stone, came across as weak.

The LPO played superbly under the baton of its principal conductor Vladimir Jurowski, and the sound benefited immensely from not sounding too ‘English’. Jurowski is not so much a Britten conductor as a very good conductor, and Britten’s creation is not so much a British gem as a world class opera. To hear the music played as the masterpiece that it is, packed with drama and yet with no particular slant placed upon it, was the essence of  this sensational evening.