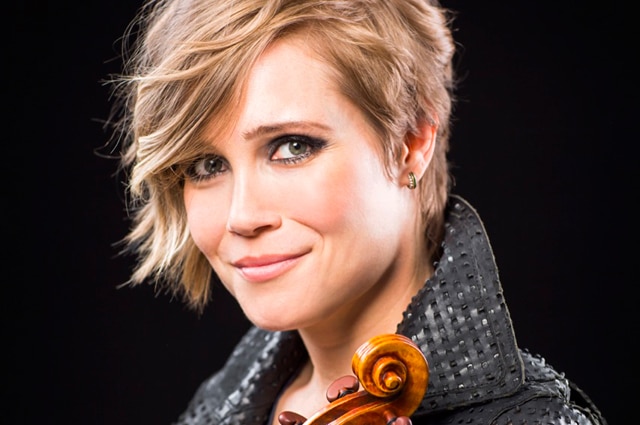 John Adams isn’t very much known for his conducting in the UK, where he is mainly seen as a composer, but he’s very good at it. On Thursday evening he led the London Symphony Orchestra through a series of beautifully interpreted lush sound worlds in two works by Ravel: Pavane pour une infante défunte and the full seven-movement ballet of Mother Goose. The Pavane was a text-book performance: delicate and sensuous by turns, and paced just right; the movements of Mother Goose fitted seamlessly together, and the audience was provided with all of the contrasts within the selection of fairy stories – from the comically grotesque contra-bassoon waltz in Beauty and the Beast to the ethereal mix of harp and tuned percussion in The Fairy Garden.

If Adams lingered slightly on some of the more sumptuous harmonies, he can be forgiven in the light of their contrast with the evening’s main event: his own Scheherazade.2, in its UK première performance. Adams, in his supporting material, and in the short talk he gave before the performance, is keen to point out the non-political nature of the work, and its ‘whimsical’ creation. In this, one suspects, he is trying to stave of the controversy he faced over Klinghoffer, because there is little of whimsy about the work, and it comes across as a very strong political statement. It is an updated tale of Scheherazade – often seen as a clever woman avoiding death; but the truth is, she was still a plaything in the hands of a twisted male despot. In the piece, Adams takes the experiences of a strong woman in a modern world, who faces control by men at every turn (the movement titles give clear hints as to the subtext: ‘Tale of the wise young woman – pursuit by true believers’, ‘A long desire’, ‘Scheherazade and the men with beards’ and ‘Escape, flight, sanctuary’) and turns them into a dialogue between a violin (Scheherazade) and the orchestra (the world). The piece is full of changing sonorities: hard staccato passages on full strings and cimbalom; sumptuous oriental fever-dreams created by low-sounding tam-tams, harps, celesta and tuned gongs; desperate flight and escape summoned up by jagged full-orchestral passages. The dialogue between Scheherazade and ‘the men with beards’ is cleverly scored for calm pure long notes on the violin interspersed with heavy and busy argument from the orchestra.

It is certainly a moving work, and the violinist, Leila Josefowicz (for whom the work was written) addressed the virtuoso requirements of the part with outstanding brilliance, but, ultimately it was a challenging piece to listen to. This modern-day Scheherazade is rightly very angry – she inspires sympathy and admiration; we understand her anger and agree with it, but it does not make her loveable in any way, and the fistfuls of notes ripped from the violin attest to this. She is a woman with a mission, and, just like the men who oppress her, she takes no prisoners; Adams, after all, these days is barely a minimalist, and here he gives full rein to his latter-day compositional style, heavily influenced by post-serialist European modernism: jagged edges and furious counterpoint abound. Even the hedonistic movement, The long desire – symbolising a lover – feels self-absorbed rather than loving; it is the prickly uncompromising grasp of another to assert self, rather than an act of giving, and it is followed by the yearning for something more. It is only in the final bars, where the violin gives us an ethereally ascending passage of high notes, that we feel that Scheherazade has found a kind of peace.