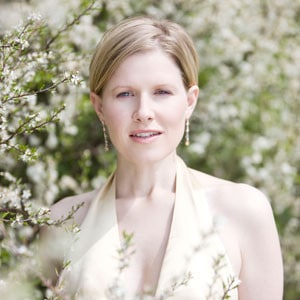 Two things counted against this concert performance of Britten’s The Turn of the Screw. The first was that, even though much can be conveyed through expression and gesture, this opera really requires the infrastructure of a staging to bring the spiralling eeriness into focus. The second problem was the absence of surtitles, which, even though enunciation was far from bad, would have helped immensely in bringing every word across to the audience.

Notwithstanding these difficulties, however, the performance prevailed handsomely by virtue of strong singing, acutely observed acting, and a ‘staging’ that did its best to overcome the problems of there being no set. As the Governess, Sally Matthews’ voice was shot through with an impassioned richness that manifested itself increasingly over the evening as the character became more and more disconcerted. Catherine Wyn-Rogers as Mrs Grose was similarly impressive, combining a ‘maternal’ persona with a resonant voice and strong phrasing.

To highlight the ‘otherworldliness’ of Miss Jessel and Peter Quint, Katherine Broderick and Andrew Kennedy sang for the most part from podiums on either side of the orchestra. There was a metallic strength to Broderick’s clean, smooth voice that meant the most soaring cries felt brilliantly powerful, yet still musically and aesthetically pleasing. Kennedy combined assertion with restraint to produce a highly engaging sound.  In a very effective move, his very first and last lines in the opera were sung offstage allowing him then to proceed eerily into and out of the hall.

Lucy Hall as Flora and Michael Clayton-Jolly as Miles produced remarkably clear sounds, and, with subtle mannerisms, managed to take us on their own journeys from childish excitement to something far more sinister. The eleven-year old Clayton-Jolly deserves special mention for proving his mettle both as a singer and a musician, his accuracy and concentration sustained over the entire performance.

Conductor Richard Farnes brought the best type of rhythmic tautness to the proceedings in the sense that the pace seemed to flow naturally, and never felt deliberately asserted or self-conscious. The act of hearing the music delivered from a stage as opposed to orchestral pit also proved highly interesting in the way that it seemed to produce a cleaner, more delineated, sound. The wind playing stood out in particular, as did that of Susanna Stranders on the piano and celeste.

The final scene in which Miles rejects Quint and the Governess gives her final lament proved so moving that the audience remained silent for what seemed like an eternity before the applause began. Another silence at the start of the performance was held to honour Sir Colin Davis who had originally been set to conduct this performance. In a tribute led by the chairman and managing director of the LSO, Lennox Mackenzie and Kathryn McDowell, it was explained that Sir Colin had personally chosen The Turn of the Screw as the opera with which the LSO would honour Britten’s centenary year. He was the orchestra’s longest serving Principal Conductor (1995-2006) and it very much felt as if the LSO was saying goodbye not only to an exceptional musician, but also a close friend and the ‘head of their family’.

The concert was broadcast live on BBC Radio 3 on 16 April and will be available on BBC iPlayer for a week.

The LSO’s tribute to Sir Colin Davis, where you can also send your own message of condolence, can be found here.