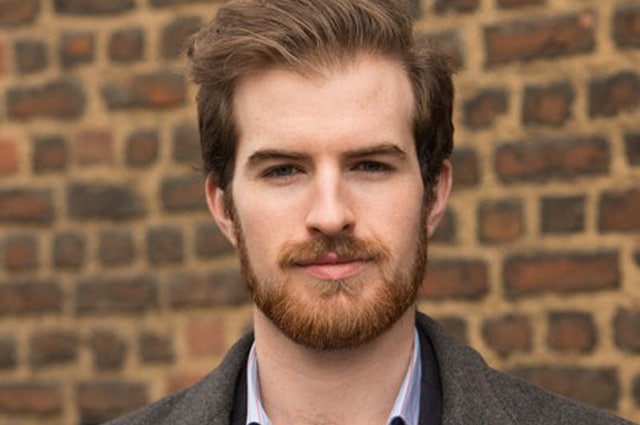 Founded in 2007 by John Coke and Suzanne Lemieux, Bury Court Opera brings a touch of that summer opera feeling to the final months of winter. The operas are staged in a converted barn while the warmth and intimacy of the occasion are enhanced by having the dining tent attached directly to the performance space, so that audience members can move smoothly from one area to the other.

Bury Court Opera is renowned for helping to nurture young, up and coming, talent, and this double bill comprising old and new works proves perfectly suited to displaying their gifts. Mad King Suibhne is a new opera by Noah Mosley that was actually commissioned by the venue. Based on an Irish poem that was probably compiled in the twelfth century, it explores what happens after King Suibhne kills his childhood friend during a battle. He goes mad at the violence of the world and flees to the forest where he finds some comfort in nature and discovers that he is able to withstand certain temptations. He is, however, coaxed back home by a supportive witch, his half-brother who tricks him, and thoughts of his Queen Eorann. There he finally accepts the need to govern wisely the world he is faced with, rather than despair at all of its imperfections.

In Ella Marchment’s extremely innovative production good use is made of the barn setting. Looking at the venue lengthways the central stage lies virtually in the middle. In front of it is the audience on tiered seating, and behind it is a raised platform that stretches so far back that the ensemble of forest spirits can look otherworldly because they stand such a long way away. Ladders join the lower and upper levels but also create the drama’s central infrastructure as they are raised and carried around by the spirits. The various formations they are placed in introduce drama, dynamism and visual interest, and help to denote quick changes of setting as Suibhne and the Witch leap through the trees. They also, however, signify so much more including the creation, or closing off, of various paths (courses of action) to Suibhne.

Mosley’s score seems grounded in the Irish folk tradition. The sheer variety of music on display, however, reminds us how wrong it is to see that tradition as one single entity and, like its inspirations, the music can convey melancholy and yearning alongside joy, wonder and a sense of the beauty of nature. Its multifaceted character is illustrated by the fact that Suibhne’s half-brother can be bellowing at him that he has no heart even as the music is also proving suitable for the spirits to sway the ladders to.

The cast of young singers proves extremely strong. In the title role Dominic Bowe reveals a brilliantly firm and accurate baritone that is capable of revealing both immense power and exceptional sensitivity. Laura Woods as the Witch reveals a highly developed mezzo-soprano, while the soprano of Isolde Roxby as Queen Eorann is characterised by beauteous tone. Raphaela Papadakis is highly engaging as the Woman at Well and Lady, Edward Hughes reveals an excellent tenor as Ailill and Gauire, and Harry Grant Kerswell displays a strong and assertive bass as Suibhne’s half-brother Lynschechan and the Mad Man.

In contrast, L’Ospedale is a seventeenth century opera that remained unstaged in modern times until Baroque collective Solomon’s Knot, and director James Hurley, first took this production to Wilton’s Music Hall in November 2015. The composer is unknown, but the libretto has been identified as being by Italian satirist Antonio Abati. Set in a hospital it sees four patients, who suffer from pains in their heart, chest, head and wallet respectively, put their faith in a doctor who sells himself as having extraordinary healing powers but is actually just a Charlatan. After hanging the threat of numerous frightening interventions over them, he then sounds progressive by suggesting they really need a change of scenery or lifestyle, when really he has done little for them other than take their money. He says, however, that he is unable to cure the patient with a pain in his wallet, and this is obviously because he is unwilling to part with the money he has made for himself. At this the patients drive him away, but, although the implication is they would be better off learning how to care for themselves, the opera ends with their own futures looking uncertain.

The questions that the piece raises concerning methods of treatment, rights to healthcare, and the responsibility that people should take for their own wellbeing are just as relevant today as they were when it was written. This production highlights the parallels by beginning with a voiceover in which a government minister promises to go undercover to root out bad medical practice. It then ends with another in which he proclaims that the hard working staff are not to blame for the difficulties facing healthcare, and that the fault lies with patients who are beyond hope for not helping themselves.

This leaves us with a lot to think about. For example, although the doctor’s proclamation that he is not there to cure poverty may be self-serving, it is still relevant to ask, when poverty can affect people’s physical and mental health, whether it is the National Health Service’s job to solve it. If so, could it ever afford to achieve this aim, and, if not, then whose responsibility is it? It is also interesting that the doctor claims everyone had an equal opportunity to be cured, which has vague echoes of Bernie Sanders’ recent criticism of Ted Cruz in a debate as the latter suggested that everyone should have the right to access, as opposed to receive, healthcare.

Details of Bury Court Opera’s 2018 season will appear in due course on its website.

For details of Solomon’s Knot’s forthcoming concerts visit its website.