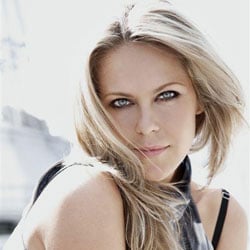 Having been seen at the Royal Opera four times previously, the return of Patrice Caurier and Moshe Leiser’s production of Madama Butterfly might have been expected to be a fairly unremarkable event, even with the talented Andris Nelsons in the orchestra pit. However, Patricia Racette’s withdrawal from the role of Cio-Cio-San through illness earlier this month meant that a new soprano was required for seven performances at short notice.

It so happened that the Latvian singer Kristine Opolais, who has recently won acclaim for her portrayal of Rusalka at the Bavarian State Opera, was available to cover for the first four performances. Although only 31, Opolais has had Cio-Cio-San in her repertoire since 2006, and made a sensational Royal Opera debut. Her singing is notable for both its beauty of sound as well as its musicality, soaring and ecstatic in the Love Duet and achingly wistful as Butterfly awaits Pinkerton’s return. Her performance grows in stature as the opera proceeds to its tragic denouement, supported by impressive reserves of vocal power at key moments, such as the climax to the Act II aria Un bel d vedremo.

Tall and slim, the American tenor James Valenti makes a dashing Lieutenant Pinkerton, although his otherwise focused voice lacks ardour and bloom in louder passages. Anthony Michaels-Moore is a slightly gritty-voiced but endearingly compassionate Sharpless, while Helene Schneiderman portrays Suzuki as a maid who, initially unobtrusive and demure, provides feisty support to her mistress. Among the other singers, Jeremy White stands out for his vivid portrayal of Butterfly’s uncle, The Bonze.

Andris Nelsons, a former colleague of Opolais’s at the Latvian National Opera (and now her husband), provides inspired direction from the pit, alive to the scores atmosphere, colour and rhythm and bringing a real emotional punch to climactic moments. The orchestra is on impressive form, its refined, supple playing highlighting the sophistication and radiance of Puccini’s orchestration.

Caurier and Leisers production involves a simple, elegant set, with blinds that slide up and down to reveal different backdrops appropriate to the action. Costumes are mostly traditional, although the makeup given to The Bonze gives him an uncanny resemblance to Uncle Fester. If I have one complaint, it’s that the movement of the blinds up and down involves an obtrusive mechanical whirring that overshadows the music on a number of occasions, including the key passage that accompanies Butterflys first appearance. This is an issue that really needs to be addressed.

Following the unforgettable start to this revival provided by Kristine Opolais, Chinese-Canadian soprano Liping Zhang takes over the portrayal of Cio-Cio-San for the performances on 8, 12 and 15 July, while Italian Amarilli Nizza will sing the role, as originally planned, on 16 July.