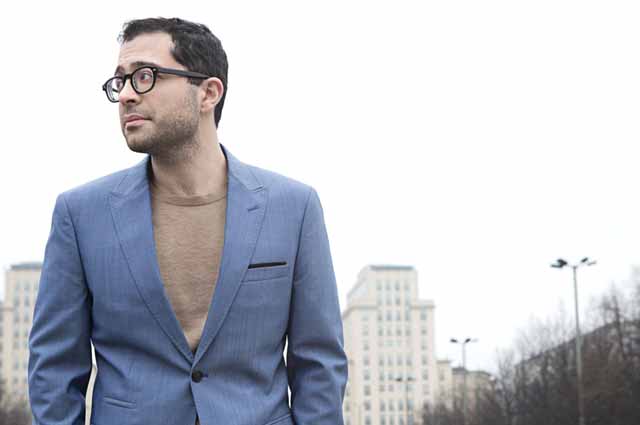 Mahan Esfahani is currently in the midst of a planned sixteen-strong series, in which he will perform every piece that J. S. Bach wrote for the harpsichord, or for which a harpsichord version exists. His latest concert in the series included two of the composer’s partitas, and revealed once more his exceptional ability to deliver what might be described as model performances on the one hand, and yet ones that felt as if they lived, breathed and were being created in that very moment.

The ‘secret’ to Esfahani’s brilliance rests in his deep understanding of the pieces, and his enthusiasm for exploring them as an ongoing and never ending process. As he explained in the programme, it has often happened that he has finished a performance of the first piece in this concert wishing he could notate the exact articulation that he had only just discovered by chance while playing it.

The evening began with the four duetti from Clavier-Übung Book III BWV802-805 (published 1739), which were originally composed for the organ although Esfahani is not the first to have ‘stolen’ them for the harpsichord. He believes that in the piece so much depends on knowing when to play staccato and when to slur one note into the next, and that he has still only discovered twenty per cent of the possibilities between these two extremes of articulation. He naturally employed a variety of approaches over the course of the piece, although the fact that it was not always obvious what decision he had taken at a specific point only confirms the strength of the performance. It was for Esfahani to do what was required to ensure that a sublime sound was produced, and for us simply to enjoy the results.

Esfahani played on a harpsichord that was specifically commissioned for the Bach series at Wigmore Hall. It was built by the workshop of Jukka Ollikka in Prague, ‘based on a free adaptation of theories from the Berlin court builder Michael Mietke (1710)’. It was shown to particularly good effect in the evening’s second piece, the Praeludium et partita del tuono terzo BWV833 (before 1708). The specially designed carbon fibre composite soundboard maintains ‘authenticity’, while also enabling the instrument to withstand greater string tensions than wood, and hence to be more powerful. Here, Esfahani made full use of the ‘stops’, which did exist on many harpsichords though they could only be adjusted for sections rather than individual notes, to ensure that there were appropriate contrasts in volume over the piece as a whole.

The first half ended with a performance of the Partita No. 2 in C minor BWV826 (published 1726-31). From the Sinfonia, in which the opening was handed the most delicate and yearning gravitas, to the closing Capriccio, in which exuberant buoyancy walked hand in hand with impeccable control, Esfahani revealed his incredible skill to combine absolute technical mastery of a work with the ability to let it simply sing of its own accord.

The second half of the programme began with the Fantasia in C minor BWV906 (after 1730), in which Esfahani brought out all of the excitement that one would expect from this piece that involves extravagant hand-crossings, but also a strong sense of profundity by virtue of his technique. He then gave an extensive and illuminating talk on the Partita No. 3 in A minor BWV827 (published 1726-31), revealing the various ways in which it moved far beyond the more ‘conventional’ Suites that Bach would have had all around him. He also explained that, contrary to popular opinion, the composer over a forty or fifty-year period did revise many of his works to ensure that they suited the latest styles, fashions and tastes.

The performance of the piece itself was masterly, contrasting the intriguing Allemande with the more Italianate Corrente, capturing the sense of call-and-response to the full in the Sarabande, and really building the feeling of intensity across the concluding Gigue as the second half reverses the theme. If all this was not remarkable enough, it became all the more so when Esfahani announced just before his encore that he was actually suffering from jetlag. All one can say is that it did not show for a single second of this extremely memorable evening.

The next concert in the Bach series at Wigmore Hall is on 30 March 2019, while Esfahani also performs at the venue on 13 March. For details of all of his forthcoming events, visit Mahan Esfahani’s website.