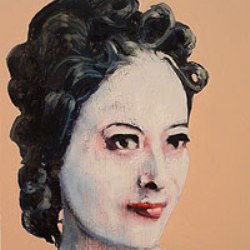 The picnic hampers are out, the big tent is up in the park, and the great and the good are all heading to the country. It can mean only one thing: the summer opera season is here.

However, you don’t have to leave the city for a taste of opera al fresco, because Opera Holland Park is on hand in the heart of Kensington and if the first night of Manon Lescaut was anything to go by, it promises to be their strongest season yet.

The gentle heat of a summer’s evening in Holland Park seems the perfect setting for Italian opera, which is perhaps why many of the company’s greatest successes have been in the verismo repertoire. Puccini’s Manon Lescaut was an ideal choice, its high Romantic orchestration and volatile arias and duets giving the sprightly young cast the chance to throw plenty of energy into the work with great results.

Manon was Puccini’s first major success, and indeed it was his only opera to receive unanimous praise from audience and critics alike at its first performance. Telling the story of the fickle Manon, who cannot choose between money and love and tries to get both, the opera shows Puccini at his most passionate. The scene setting in all four acts, the concise form of the four main scenes, the blend of Wagnerian orchestration with an extension of Verdi’s focus on the voice: these things, and more, add up to one of the composer’s most satisfying works.

From first to last, OHP showed great dedication to their task. The last two acts were particularly moving, but there was a sense of atmosphere even in the opening scene with the card-playing taking place in the background. This was thanks not least to the superlative and flexible City of London Sinfonia, whose sympathetic accompaniment nearly always showed the singers off at their best. The conducting of John Gibbons was clearly very inspiring, but sometimes his limp actions caused a loss of coordination between stage and pit.

This was particularly the case in Manon’s ‘In quelle trine morbide’, which was otherwise sumptuously sung by Amanda Echalaz. I cannot think that the role could be acted or sung more convincingly. In Act 1 she was credible as the young girl heading for the convent; Act 2 saw an immediate change, with a harder character who has chosen materialistic pleasure over romance. Her ability to project her voice is exceptional, with nice long phrases that rode the massive orchestration well. Puccini’s final act focuses entirely on her death scene, which was sung with immense pathos and poignancy.

Sean Ruane was the excellent Des Grieux. Some wooden acting and the odd tuning problem at the start aside, this was an ardently sung performance. The evening really took off when Ruane started off the Act 2 duet, in reaction to Manon’s pausing to take her jewellery before running away with him. There was a special chemistry between the performers that made the Act 3 embarkation scene and the death scene all the more moving. Ruane made his debut as Edmondo in this opera at OHP in 2001; their faith in him has paid off in this sensational performance.

Simon Thorpe was a little disappointing as Lescaut. His voice has some attractive qualities but in general his tone was very thin and he was mostly drowned out by the orchestra. His acting was also lamentably wooden. Lynton Black, however, was a marvellous Geronte, bringing the old rou to life with a magic stage presence and a well-focused tone.

Todd Wilander was an impressive Edmondo, though he paled a bit as the Lamp Lighter. He has a naturally lyrical voice, which got the opening scene off to a good start, but he seemed overstretched in his final appearance.

Tim Carroll‘s direction was inspired, enabling the singers to do their job musically and helping them to make vivid characterisations without forcing a concept upon them. Bob Bailey‘s designs were clean and simple, with swathes of cream fabric or curtains enclosing the stage in a semi-circle. Chairs and a table served as functional props, but my only small quibble was that the final scene was perhaps undermined by the decision to draw the curtains up during a quiet passage of music whilst spotlights shone brightly on us.

Three years ago, I saw Manon at the world-famous Munich Opera. Opera Holland Park’s production is ten times more intelligent and engaging, and the singing is for the most part superior as well, showing that the company is rapidly becoming an important place to hear new talent in comfortable surroundings. The summer season has got off to a great start.