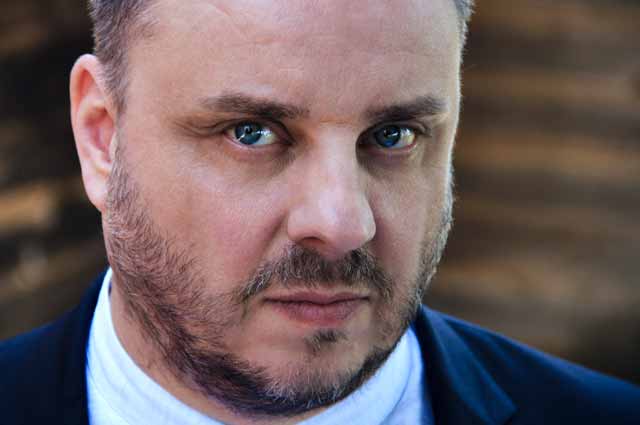 Matthias Goerne, now at the very peak of his powers, has chosen his accompanists from amongst the most eminent; Seong-Jin Cho must surely be the youngest to partner him, and it was remarkable that this almost 24 year-old was able match Goerne’s level of intensity and mature understanding. This uncompromisingly serious programme, often focusing on songs of evening reflection, highlighted the virtuosic qualities of both baritone and pianist whilst maintaining the most exalted of musical values.

Wolf’s remark that ‘Of course a sculptor has to sing bass’ reflects the solemn, melancholy atmosphere of his settings of poems by Michelangelo, and Goerne sang them with all the devotion and strength they require. ‘Wohl denk’ ich oft’ plunged us straight into Wolf’s sound world, the massive power of Goerne’s voice matching the deliberateness and panache of the piano. ‘Fühlt meine Seele’ asks for more tenderness from both, amply supplied throughout and touching the most lyrical grace in the final line, ‘Daran sind, Herrin, Deine Augen Schuld.’

Hans Pfitzner’s songs are less familiar, but no less demanding, sometimes recalling Schubert with a sense of ‘gehende bewegung’ and sometimes Wolf in their complexity. ‘Abendrot,’ a rather grandiose reflection on desire for eternity, made an indifferent poem sound as if it had been by Heine, especially at the dramatic conclusion. ‘Nachts’ displayed Goerne’s unique legato line, unforced and elegant in its technical and expressive excellence.

Any male singer who performs Wagner’s Wesendonck Lieder is likely to face criticism for doing so, given that the work was published as Fünf Gedichte für eine Frauenstimme. Goerne’s is perhaps the deepest voice of today to have taken them on, and his tone brings to them an entirely different atmosphere to that created by Jonas Kaufmann, who shares with Goerne not only a desire to explore repertoire outside of his expected fach but a legato technique with similar ability to sustain long phrases. Goerne approaches the songs as individual dramas, focusing less on highlighted words than on mesmerising beauty of sound, although the moments of heightened emotion were as transformative as you would expect. Cho matched him perfectly, the swelling tone of ‘Und lost dein Ratsel, heil’ge Natur!’ echoed by the evocative nachspiel.

After the rapt engagement of these works, some might feel a surfeit of intensity and long for some lighter material, but it was clear that this audience was more than happy to experience five Strauss songs, not one of them venturing into the realms of triviality. ‘Morgen’ is probably the best loved of this composer’s songs, and here we had a performance of it that was as close to perfection as anyone could wish, the seamless entry of the voice blending with the piano and the hushed, ardent delivery echoing the tranquillity of the lines. ‘Im Abendrot’ closed the recital, with another example of the close collaboration of singer and pianist, the instrument so deftly played that one never longed for the full orchestral treatment, and the voice completely matched it: ‘So tief im Abendrot’ could stand as the title for the evening, its approach to the poem as fervent, and its vocal line as meltingly beautiful, as the first songs had been.

There are still tickets available for Goerne’s all-Brahms evening on Thursday 26th, when he will be accompanied by Alexander Schmalcz. No one sings the Four Serious Songs like Goerne, so this is one not to miss.