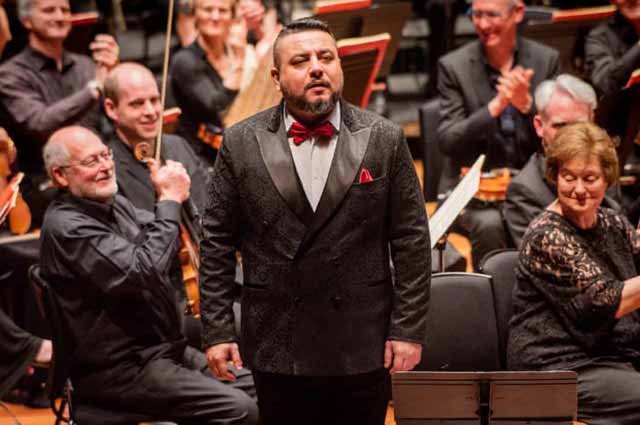 Arrigo Boito may be best known today as Verdi’s librettist for Otello and Falstaff, but he was also a poet, journalist, novelist, critic, translator and composer. His trajectory as the latter, however, was far from smooth, and he only completed one opera during his lifetime. This was Mefistofele, which was by any measure regarded as a flop on its premiere in 1868, but, after he laboured for a further seven years revising it, was then acclaimed a success. In the modern era, it has enjoyed the occasional appearance at a major opera house, but performances are still rare, making the opportunity to hear this concert presentation by the Chelsea Opera Group most welcome.

Goethe wrote Faust in two parts, but when Berlioz and Gounod interpreted it in their ‘légende dramatique’ and opera respectively they only focused on Part I (although Mahler’s Symphony No. 8 in E flat major does use the words of Part II’s final scene). Boito’s version covers both, as it includes his encounter with Helen of Troy that constitutes one of Faust’s adventures in the ‘macrocosmos’. The division is still not equal as the Prologue and three of the four acts concern Part I, while only Act IV and the Epilogue are devoted to Part II. Nevertheless, it makes the piece feel very different in tone as the final focus is not on the ascension of Margherita’s soul to heaven, but rather of Faust’s as Mefistofele is totally defeated and the dying scholar proclaims ‘A me l’eternità’.

It is easy to see the score as standing somewhere between the worlds of Verdi, the majority of whose operas preceded it, and Puccini, all of whose followed. However, Boito was also well versed in the works of Weber and Wagner, and over his life did translate several of the latter’s libretti into Italian. It has been asserted that ‘In later years Boito became a fervent admirer of Wagner, and particularly of ‘Lohengrin’ and the ‘Meistersinger,’ but he was not in the least influenced by the German master’s work: he admired but did not follow him’. However, when one hears the music that begins and ends Act IV of Mefistofele, it certainly sounds reminiscent of the opening to ‘O du, mein holder Abendstern’ from Tannhäuser, suggesting that Wagner still left his mark in some way.

Overall, the score is quite a mix of rousing arias and choruses, and soul searching and sensitive music. For example, the Prologue sees the chorus (here the Chelsea Opera Group Chorus directed by Lindsay Bramley) sing the divine ‘Ave, Signor degli angeli e dei santi’, and a second chorus (the Capital Arts Children’s Choir) ‘Siam nimbi volanti dai limbi’, while Mefistofele rails against such beauty with his own sardonic ‘Ave, Signor. Perdona se il mio gergo’. Elsewhere, however, the chorus takes on the role of Witches and Sorcerers in ‘Riddiamo, riddiamo, che il mondo è caduto!’ and Nymphs in ‘Ah! Trionfi ad Elena’. The maxim ‘Why should the devil have all the good music?’ might seem apt when we hear Mefistofele’s exciting ‘Son lo Spirito che nega’, but perhaps nothing has more impact in the entire opera than Margherita’s ‘Spunta l’aurora pallida’, given its wondrous beauty.

This was a remarkable performance of the opera’s final, definitive 1881 version from the Chelsea Opera Group, in which the orchestra was conducted by Matthew Scott Rogers. The odd imperfection did not matter, especially when considered alongside the output of a quite extraordinary line-up of soloists. Vazgen Gazaryan as Mefistofele had a bass of immense focus, power and persuasion while Pablo Bemsch was possessed of an extremely agile, expansive and aesthetically pleasing tenor. Elizabeth Llewellyn brought her sweet yet rich and beautifully shaped soprano to the fore in the roles of Margherita and Elena, while Aaron Godfrey-Mayes as Wagner and Nereo, and Angharad Lyddon as Marta and Pantalis, both played their parts to the full.