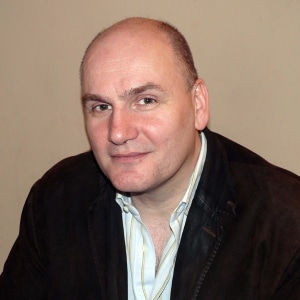 It’s become a tradition for the Orchestra of the Age of Enlightenment to present two performances of Messiah over the Christmas season, one near to the beginning of Advent and the other at its close. This first one was given in a less than packed hall, suggesting perhaps a part of the reason why it seemed less engaging than usual, although there was plenty of enthusiasm for Robert Howarth’s ever-ebullient direction. In a packed schedule and having to battle much-worse-than-usual travel vagaries it’s hardly surprising that some of the singing and playing was not as inspiring as we’ve come to expect.

The solo singing was in safe hands, although at times it trod none too delicately on the fragile boundary between over-theatricality and dramatic expression. John Mark Ainsley’s always fearless technique is such a known and admired quantity that it’s easy to forget just how challenging music such as ‘Ev’ry Valley’ and ‘Thou shalt break them’ is, since his ease of articulation is the model of art concealing itself. He gives the exactly appropriate expression to each word, never embellishing just for the sake of it but persuading us of the portent of every phrase.

Ashley Riches shares Ainsley’s love for word illustration although as yet he does not quite have the full armoury of resources to give arias like ‘The people that walked in darkness’ the drama which he clearly seeks. He has a very fine bass which he uses with tremendous force, at times verging on the hectoring; one did feel at times as though back in the Lower Fourth and being lectured by the Head Boy on ‘those events last night.’ He and David Blackadder made for great duelling partners in ‘The trumpet shall sound,’ both vying for supremacy in truly Handelian style.

The bass and soprano were both very youthful, the tenor and mezzo older and of course far more experienced in this music; whether or not this casting was intentionally done with that in mind, it made a fascinating contrast in technique and style. I knew that Sophie Bevan had something special even when she was a second-year student singing Flora in the RCM’s Turn of the Screw, so it’s a special pleasure to see her so prominent on the concert circuit now. She gave her arias the same freshness and directness that Ashley Riches brought to his, but as with his performance there was a need for more variety in expression.

Catherine Wyn-Rogers could probably teach a class about variety in expression, and her warm timbre and almost motherly interpretation, although perhaps sounding a little strange in this age of the counter-tenor, gave a mellow note to the narrative. She shared with the Choir of the Enlightenment a sense of comfortable ease with the music which did not always make for the most exciting performance; indeed the choir seemed less exhilarated, and exhilarating, than I have ever heard them. They were not so much a ‘choir of Heathens’ as a well-trained group of choral scholars; nothing wrong with that of course, although it jolted one’s expectations.

Robert Howarth always gets plenty of enthusiastic, committed playing from the OAE, and this performance was no exception although, as with some of the singing, there was the sense that it was not as engaging an interpretation as those of their very best. Perhaps we will hear that at St John’s Smith Square on the 23rd, when the orchestra accompanies Polyphony in another Messiah.