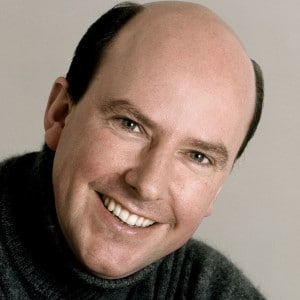 This was the 20th anniversary of the now-legendary performances of Messiah by Polyphony and Stephen Layton at St John’s Smith Square, and my eleventh review of the event; so what is there left to say? Quite a lot, given that, as with all masterpieces and great interpreters, each re-telling brings not only consolidation of excellence but revelatory insights. Some things, however, never change, such as that lovely moment just before the ‘Hallelujah!’ chorus when Layton turns to the audience and, with an expansive gesture, leaves us in no doubt at all that we are expected to stand up – so much more effective than the more usual embarrassing “Shall we? Shall we not?” resulting in half the audience standing up and the other half still seated and wondering if they should get up or not.

The excellence of Polyphony’s singing is another constant; it would be hard to imagine more incisive attack, more exactitude of diction, more depth in understanding of the text or more thrilling drama than this group provides, but its unique quality is the dynamic contrasts which Layton brings out so superbly. Every single one of the Choruses had its special quality, from the whole-hearted openness of ‘Their sound is gone out’ to the awesome (in the correct sense) muscular strength of ‘Worthy is the Lamb’ but I want to single out two moments which alone would identify Polyphony as the finest exponents of Handelian choral singing around today. The line ‘…and the Lord hath laid on Him the iniquity of us all’ which closes ‘Surely he hath borne our griefs’ could be regarded as the central moment of the entire work, and here Stephen Layton had worked with the chorus to produce a diminuendo of such hushed and solemnly weighted power that the silence in the hall was of that kind which feels almost tangible. In complete contrast, the full-throated, gloriously emphatic ‘Wonderful, Counsellor’ in ‘For unto us’ would be just as likely to inspire what Handel himself felt while composing the ‘Hallelujah’ – “…as if I saw God on his throne, and all his angels around him.”

The soloists echoed this blend of the familiar and the unexpected. Neal Davies simply has no equal when it comes to Handelian bass singing, but every time I hear him I’m astonished anew at how he fills every line with the richest of sounds whilst giving exact attention to the text; no other bass swells into the phrases ‘have seen a great light’ and ‘the messenger of the covenant, whom ye delight in’ with quite so glorious a tone or so fine a verbal emphasis. When he sings ‘The trumpet shall sound’ – in wonderful rivalry with David Blackadder’s always superb trumpet – you almost believe that ‘the dead shall be raised.’

Katherine Watson is to Handel soprano singing, as Anja Harteros is to Verdi, and here she not only gave finely phrased, elegantly sung interpretations of her arias but explored quite daring variations, especially in ‘I know that my Redeemer liveth’ where she removed every layer of the cloying sentimentality so often heard to give a genuinely heart-rending performance. Gwilym Bowen is a very promising young tenor whose singing I’ve praised in Monteverdi, and he gave a forthright, open reading of the tenor’s music, perhaps a little short on showmanship but very strong in terms of directness and freshness.

Iestyn Davies’ alto part has developed so much from his first performances of it that he seems almost like a different singer. Now, he unites his always-present sweetness of tone with confident mastery, handling the decorations with insouciant skill. I doubt if he has anywhere near the number of sins of Susannah Cibber, but the exclamation ‘Woman, for this, be all thy sins forgiven!’ uttered by the Chancellor of St Patrick’s Cathedral after Cibber had sung ‘He was despised’ at the work’s first performance, would seem an appropriate response to singing of such truly beautiful tone allied to so sensitive an understanding of the words; ‘a man of sorrows’ was yet another of those moments when you really could imagine believing in it all.

The Orchestra of the Age of Enlightenment played superbly; I don’t know if it was the setting of this magnificent church, the just-before-Christmas timing or the conductor, but they sounded like a different band to the one I heard at the Festival Hall. The strings sang out gloriously, the brass were thrilling, the organ rang out thunderously… no one could ask for more. A genuine (as opposed to a dribs and drabs) standing ovation followed a performance which sent us all out into the crisp December night convinced anew that there are few more profound musical experiences than a great Messiah.