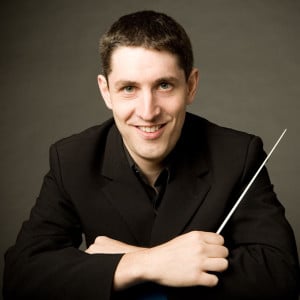 There is never a shortage of Messiahs at this time of year. Indeed, this one vied with a performance of Handel’s oratorio across town at St John’s Smith Square. The difference here was that the Early Opera Company seemed to hold out the promise of something more dramatic, even ‘operatic’, than the usual seasonal fare.

It was disappointing, therefore, that the performance didn’t quite reach the revelatory heights expected of it. Part of the problem was the absence of EOC’s director and founder Christian Curnyn, due to illness. Although he was ably replaced by Andrew Griffiths, the orchestra, chorus and soloists seemed a little leaderless at times, playing and singing well enough, but lacking overall cohesiveness. Curnyn’s usual energy and drive would have yielded dividends in this small-scale, chamber performance. The orchestra amounted to just 15 players in total, while the choir numbered eight – two singers to each SATB part.

The Chorus of the EOC by and large acquitted themselves well. There was a little thinness in some of the choruses, and the tenor lines often sounded weak and exposed. But by and large the singers sounded confident and expressive. Their take on ‘Lift up your heads’ was stridently dramatic, and in Handel’s two signature choruses, ‘Hallelujah!’ and ‘Worthy is the Lamb…Amen’, they had the support of a seasoned team of soloists.

All four solo singers are well used to Messiah, so it was odd to see them carrying scores. Soprano Sophie Bevan always brings something new and fresh to her singing. Here, it was a ringing brightness at moments of biblical drama – such as the revelatory recitative ‘There were shepherds abiding in the field’ – and a modest intensity during the more reflective arias, such as ‘I know that my Redeemer liveth’. Tenor Allan Clayton was surprisingly undistinguished in his delivery, at least to start with. Although ‘Thou shalt break them’ was sung with gusto, his opening ‘Comfort ye…Ev’ry valley’ – which sets the tone for the whole oratorio – sounded a little tired, even bored. There was nothing boring about Hilary Summers’ astonishing alto voice, but even she seemed rather passionless in what are some of Handel’s most moving arias. Bass James Platt has a strikingly resonant tone which equipped him well for ‘Why do the nations…?’ and ‘The trumpet shall sound’, but some of Handel’s decorative writing and shifts in register clearly got the better of him.

Despite the absence of their regular director, the Orchestra of the EOC played well enough under Andrew Griffiths. But there was still a sense that they were not at their very best. And despite lengthy tunings up at the beginning of each of the oratorio’s three parts, the string players were not immune to the occasional sour off-notes that seem to bedevil so many Baroque orchestras.