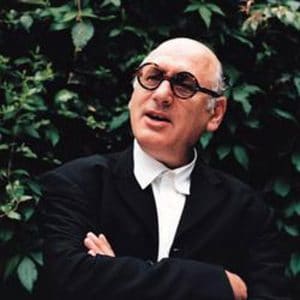 As many people know, Michael Nyman supports the football team Queens Park Rangers. As rather less people know, I support Norwich City, who at times this season have resembled a football team. By sheer coincidence our paths were due to cross twice in 24 hours – the first leg, Nyman’s The Piano Sings tour at the Barbican, the second leg, QPR v Norwich at a rather noisier Loftus Road. So who won the first leg?

It was an evening kick off, with both home and away fans slow to take their seats, having propped up the pre-match bar. The referee was reluctant to start but finally had to give in to the demands of satellite TV (OK, I made that bit up) and started at 7.40. Nyman took to the pitch in all black, save for a rather dodgy sideline in sock wear, and proceeded to play a relaxed formation of 3-3-2-1, that is – groupings of pieces from the films Wonderland, Gattaca, Anne Frank and The End Of The Affair.

Within 10 minutes he was a goal up, thanks to a sensitive choice of music to accompany a new silent film by Phil Maxwell and Hazuan Hashim, a moving depiction of London’s East End. The everyday mundanities it showed were communal scenes – a shop, a bus stop, the bookies, the characters struggling through life. None more so than a poor older gentleman with one leg, forced to take refuge in a shop doorway.

After this moving opening, Nyman conceded an equaliser in the form of solo piano renditions of scenes from the latter films mentioned above, which lacked colour and zest, pleasant on the ear though they were. Towards half time – I kid you not, the first half was 45 minutes! – he regained the advantage, accompanying the silent film Manhatta, shot in the 1920s in response to the poem by Wilfred Owen.

The grandeur of the skyscrapers and the industrial splendour were not fully matched by the score however, again starkly textured, despite the busy keyboard on an accompanying tape. Nyman certainly wouldn’t win any plaudits for stage presence either, sitting remarkably still throughout and displaying little or no emotion.

All square at the break then, but Nyman conceded an own goal at the start of the second half when he continued with solo piano performances of The Exchange (from the film The Claim, and inevitably, The Piano. Here the crowd sat up and took noticeably more interest, and Nyman too displayed far more animation to make this the musical highpoint of the evening.

A third silent picture was a triumph – A Propos De Nice, the famous Jean Vigo film of 1930. Undoubtedly the film was the bigger star than the music, but Nyman’s score had much to commend it, with some persuasive themes that characterised well, if not quite capturing the humour of Vigo’s camera. One particular motif, a natural ‘homecoming’ episode, could have seen its potential realised as a greater part of the end.

Rather like QPR’s attack this season, Nyman didn’t put away all his chances, and yet like Norwich’s defence he conceded a few soft efforts. But a score draw was a fair result, with a couple for each side the shape of two extra time encores, and the crowd went home happy, if not quite chanting the composer’s name.