by Yangen Xu
published: 13 May 2006 in Opera and Classical Reviews
Tweet 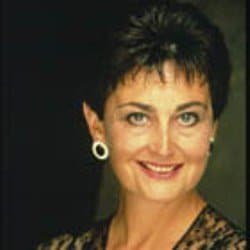 There are few things in this world as enjoyable as an evening of Mozart’s sacred music.

The choir introduction was obviously very well rehearsed, and initially the choir outshone the soloists.

Unfortunately, the organ sounded like a midi instrument in this performance, and that was the evening-spoiling factor. Perhaps I expected too much, but it would also have been nice if the choir had meant what they sang. The text is highly dramatic throughout, but the choir failed to portray Mozart’s vivid emotions.

They were not particularly helped along by Bate’s sometimes erratic tempo changes, but in all it was quite an impressive performance. The soloists, who had a bad start to the evening, made up for it as the piece progressed. Soprano Kathryn Harries, who will champion The Opera Walk, demonstrated her powerful projection and beautiful tone, and was probably the best performer of the night. Unfortunately, in my opinion, her vibrato was too intense especially in the famous Laudate Dominum, where this particular exaggeration was the only flaw in her performance.

Mezzo-soprano Heather Shipp was barely audible in the full orchestra sections, although her phrasing and breath control were excellent in the quieter moments. Tenor Andrew Carwood and bass Julian Empett also sang well, but perhaps may need a few more years before their voices mature to excellence.

It was the same story with the Requiem. Following a bad start where the entire choir and orchestra’s intonation was called into question, the performers managed to settle down into the Dies Irae – only for that movement to be performed too slowly, lacking the passion and fury of Judgement Day.

It was in the Confutatis maledictis that the choir and orchestra were at peak condition, an impressive performance indeed. The alternating exchanges between the angry males and angelic sopranos were very well handled, and this was probably the highlight of the evening. The soloists did much better in this half than the first, and the chemistry in their four-part singing in the Tuba mirum, Recordare and Benedictus was a joy to behold. After the Confutatis, the choir and orchestra went from strength to strength, bringing out more colour and dynamic changes, ending the entire work with a huge bang at the Lux Aeterna.

In all, an exciting performance of Mozart’s sacred music. One only wishes they had dispensed with the organ as a basso continuo instrument.