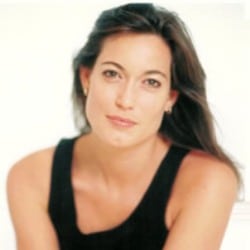 Since Mozart died writing a Requiem, there really cannot be any other possible way to end the Mostly Mozart Festival apart from the doom and gloom of death

Thus, the Mozart Requiem came to be the highlight of the evening, but before that, the Academy of St Martin in the Fields, under the baton of conductor Douglas Boyd, presented Haydn’s Symphony No. 44 in E minor Trauer (‘Mourning’).

Rarely have I heard an orchestra play as such a cohesive unit before, and the intense energy in the strings set the expectations for the evening.

The rest of the work certainly lived up to the expectations set, as the dynamism of Boyd led the orchestra through periods of intensity, dynamic and colour contrasts so vivid that the work felt like a roller coaster ride. The diminished sevenths in the second movement were so painful to hear I had to make sure my heart was still in place after the movement.

The slightly happier third movement felt like a reminiscent of life (before mourning), and Boyd increased the intensity of this movement by adding subtle tempo changes. Even in the happier memories, he still managed to bring out the gloominess in the music, all of which was carried to the surface by the amazing major/minor mode change before the return of the major key. If the standard of the first three movements were anything to go by, the last movement was definitely not for the weak-hearted. Where the previous movements had tragedy and memories, the finale was filled with fury and rage at the departing of a loved one. Every accent was meticulously placed in the strings, and the flying bows only made it even more impressive. Each descending chromatic note in the cellos was accompanied by the wrenching of the heart, and the lines just never ended. In the end, it seemed as if the anger overwhelmed the work, and the work was brought to a furious and energetic finish.

The highlight of the evening, however, was the Mozart Requiem. Together with the Mostly Mozart Festival Chorus, the performers gave one of the best performances of the Requiem in my lifetime. Apart from the fact that Boyd took a rather fast tempo for my liking, the entire evening was perfect. The orchestra opening was picturesque a horse carriage carrying a coffin and the choir entry was (and I mean this literally) earth-rumbling such was the power of the lower voices. The voice blending was flawless, and one can only imagine how much the choir had to rehearse considering the large range of dynamics and colour and intensity they exhausted throughout the evening. The orchestra worked so hard that towards the end of the performance, the violins were out of tune, but it did not take the gloss off what would be a once-in-a-lifetime performance.

Soloists Kate Royal (soprano), Anna Stphany (mezzo-soprano), James Gilchrist (tenor) and Andrew Foster-Williams (bass-baritone) gave highly dedicated performances too, particularly when the other three voices toned down a little to blend in Stphany’s darker-coloured voice during the quartet solos. Bassist Foster-Williams has to be the performer of the night. His immense projection and air control left me gasping for breath, and even though Royal’s and Gilchrist’s performances were amazing, they were nearly always outdone by Foster-Williams on an individual basis. That being said, all four soloists demonstrated singing technique and ability way above what one would normally expect, and I look forward to hearing them individually in concert.

The plaudits, however, have to go to the choir. Never in my life have I heard the Dies Irae so frightening, nor the male/female voice alternation in the Confutatis so hair-raisingly eerie. Most performers make it a point to be more careless with the music after the Lacrimosa (after which Mozart only left sketches), but in all credit to the performers, the rest of the work was performed with equal, if not even more conviction than before. The Sanctus was so majestic that I did, for a moment, feel like it was Judgement Day with all the angels flying around and singing and the earth shaking. When the work came to an end, it truly felt as if eternal light had shown upon us all it certainly helped that there was a fireworks display afterwards!

In all, the performance of a lifetime.