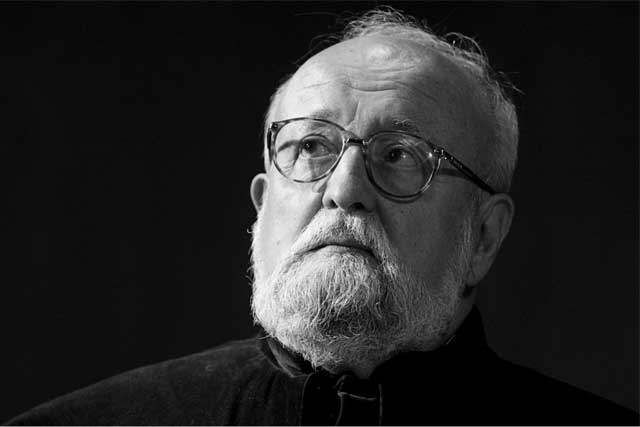 The gospels for the Palm Sunday and Good Friday liturgies are both recitations of the complete Passion story, and it is perhaps no wonder that, since the 9th century, a tradition of intoning these developed. By the time of the Renaissance, the form of these had become more ornate, with members of the clergy singing ‘named’ roles, and the ‘crowd’ statements set to polyphonic harmony. The Catholic church, though, had other musical fish to fry in Holy Week, and lengthier settings of the Passion story developed mostly in Reformed churches, where the liturgy was simpler. 18th century Protestant countries, then, is where we see the apogee of the genre, with various settings of Brockes’ German text, and, of course, Bach’s famous outputs. In the 19th century, the genre declined in popularity, and such iterations as there were tended to the oratorio form performed non-liturgically: Beethoven’s Christus am Ölberge, for example, or Stainer’s Crucifixion.

The resurgence of the genre in the 20th century is, arguably, down to Krzysztof Penderecki’s 1966 St Luke Passion. The Latin text alternates passages from Luke’s gospel with sections from other sources, such as The Lamentations of Jeremiah, and incorporates Penderecki’s own 1962 Stabat Mater. It is scored for massive forces – a full orchestra with augmented percussion section, a large chorus and a separate boys’ chorus, as well as organ, narrator and three soloists – and is visceral in its impact. The initial stark iterations of the word ‘Crux’ announce a largely atonal 70 minutes; this is mid-20th-century Modernism writ large, the musical equivalent of the tortured, almost-cubist crucifixes one sees in churches of the era.

It is, unsurprisingly, a challenging work for all involved, but particularly the chorus; Penderecki requires them to whisper (‘Stabat Mater’), whoop, glissando, and scream (‘Deus Meus’), and sing harmonically demanding material, (the unaccompanied ‘In pulverem mortis’ movements). The orchestra augments all of this with a barrage of shock-and-awe moments: lowering chords for the crucifixion itself (‘Ibi crucifixerunt’); almost overwhelming drumbeats in ‘Deus Meus; vast, complex brass cluster chords in ‘Erat autem’. The Evangelist/narrator is a spoken part, Christ, as is traditional, is sung by a baritone (the range is extensive, and requires falsetto singing at one point), and there are bass and soprano solos. It is in these solo movements where some surcease from the storm is offered: ‘Judica me’ pairs the soloist with a bass clarinet in an aria that comes as close to lyricism as atonality allows, and the soprano is given some intimate moments in ‘Domine quis habitat’ (a wandering melody over whirling flutes underscored by an almost-jazz double-bass) and a duet with an alto flute in ‘Crux fidelis’.

Three main recordings of the work are available, and there is little to choose between them in quality, as all are accomplished (such is the challenge of the work, that it demands a high standard); all three of them deploy a hefty helping of Polish personnel (it is a piece that inspires national pride). The 1989 Argo recording is conducted by Penderecki himself and might be thought of as ‘definitive’; Naxos’ 2009 recording is directed by the composer’s pupil, Antoni Wit, (link below). The most recent, Bis, recording was released last year, and features Orchestre symphonique de Montréal under Kent Nagano, and, perhaps because this was a recording of a live performance, this just has the edge on the other two for immediacy.

St Luke Passion is not a comforting work; like earlier Passions, it does not inspire much sorrowful meditation, but its filmic depiction of the blood and terror of the crucifixion story is, perhaps, a more realistic portrayal of Golgotha.