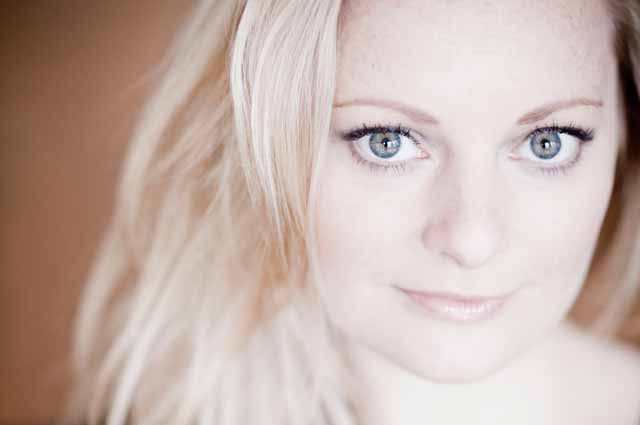 The performance of the last item in the evening’s programme, R. Strauss’ Vier letzte Lieder as arranged for voice and chamber orchestra by James Ledger, defined the playing of the Nash Ensemble, under the baton of Jamie Phillips. It was certainly on the bold side, and it made for a delivery that felt thrilling on the one hand and yet still highly appropriate on the other.

In soloist Lucy Crowe the ensemble also found a perfect match as her sound possessed a certain assertiveness, and yet revealed immense variation as it was exquisitely measured out for each moment in question. In the opening ‘Im Frühling’ there were almost explosions of sound on ‘Bäumen’, ‘Bauen’ and ‘Duft’ while one really gained a sense of multi-faceted birdsong on ‘Vogelsang’. Similarly, the crescendos and diminuendos within the word ‘Wunder’ truly made it feel like a miracle, while those parts of the final verse that sit a little lower in the voice were also skilfully managed.

In ‘September’ the extreme brightness on ‘Sommer lächelt’, contrasted with the instantly more melancholic strains of ‘erstaunt und matt’, captured more generally Crowe’s ability to draw out to the full how the greatest joy is only fleeting, but also how sorrow is never overwhelmed by despair because these songs are about the acceptance of death. In the same way, the utterance of ‘Hände, lasst von allem Tun’ in ‘Beim Schlafengehen’ was wrought with a sense of quiet contentment, while the proclamation in ‘Im Abendrot’ of those precise words revealed a beautiful radiance, with the expansiveness on the syllable ‘Ab’ proving especially remarkable. The ensemble also played extremely well with the quoted ‘transfiguration theme’ that comes after ‘Ist dies etwa der Tod?’, and the horn playing that follows the final words of ‘September’, standing out in particular.

The evening opened with a performance of Wagner’s Siegfried Idyll in which, once again, the playing felt relatively bold and assertive, but always appropriate. It seems that modern performances are substantially slower than those of earlier years, and so this performance may even have been taking a few tentative steps back towards the past. The quintet of strings was placed at the centre of the stage (only with the double bass behind) while the other instruments surrounded it in a semicircle, thus aiding certain ‘echoes’ and interactions. The playing in many places felt quite driven, but in others was notably sensitive and subtle. However, the performance never felt erratic, or as if it was lurching from one extreme to the other, because it was delivered as such a tight and coherent whole.

The performance of Beethoven’s String Quintet in C major, Op. 29 (1801) that followed saw due attention paid both to the thematic developments that lie at the heart of the first two movements, and the many moments of excitement and exuberance to be found within the third and fourth. The second half then opened with R. Strauss’ Prelude to ‘Capriccio’ for string sextet (1940), which in the opera turns out to be the music being played for the Countess and her guests. Although this performance of the music took place in a concert hall, the colours and harmonies were rendered so vividly that one felt the full weight of the drama that it was always designed to convey.

This performance by the Nash Ensemble, the Wigmore Hall Chamber Ensemble in Residence, constituted part of its German Romantics series, which continues until 19 March 2019. For further details, visit the Wigmore Hall website.