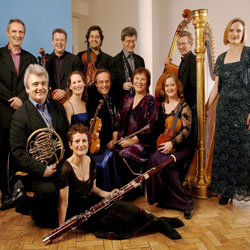 There was an uneven quality to this concert of music by Britten and Walton – part of the Nash Ensemble’s ‘Dreamers of Dreams’ series of concerts devoted to British music from the first half of the twentieth century. Things started promisingly enough with a spirited rendition of Britten’s Opus 1 – the Sinfonietta for ten instruments. Dedicated to Britten’s teacher, Frank Bridge, the work shows surprising confidence for a 19-year-old, and is peppered with harmonic techniques that feature more prominently in Britten’s more mature works.

The rest of the concert was devoted to music for film and radio. Night Mail is justly the most celebrated score which Britten wrote for the GPO Film Unit. The closing section of the 1935 film features W. H. Auden’s verses alongside Britten’s music – perfectly timed to accompany the text, with its rhythmic gear changes and instrumental picture painting. Reciter Samuel West and the Nash Ensemble made a good partnership.

The music and text for The Way to the Sea (1937) are much less successful. The film is a propaganda piece for Southern Railways, glorifying the electrification of the London to Portsmouth line. After a grandiose history lesson about Portsmouth and the Navy (narrated by Eleanor Bron), Auden’s second rate verses tell of the journey to the coast, accompanied by Britten’s equally uninspired music. The skills of the Nash players really did feel wasted on such a low grade work.

The simplistic tune-smithing that Britten did for a BBC radio production of T. H. White’s The Sword in the Stone is even worse. Broadcast on Children’s Hour in 1939, it amounts to little more than background accompaniment. The suite (arranged by Oliver Knussen and Colin Matthews in the 1980s) met with a deservedly muted response by the audience.

William Walton was a much finer composer of film music than his younger contemporary, and the score for Laurence Olivier’s 1945 Henry V remains a masterpiece. The only problem here was the loss in musical translation from Walton’s original large-scale orchestral and choral writing to a chamber version by Edward Watson. The reduction of strings and the predominance of woodwind gave the music a harsh quality, while the use of a piano instead of the original harpsichord undermined Walton’s efforts to give his music a more ‘authentic’ Elizabethan feel. There were plenty of satisfying moments, though. The rumbustiousness of ‘At the Boar’s Head’, the martial brashness of the Agincourt battle, and the patriotic triumphalism of the Epilogue were all well captured. On this occasion, Samuel West over-did the reciting, with gesticulations and loud declamations sometimes stealing the music’s thunder.