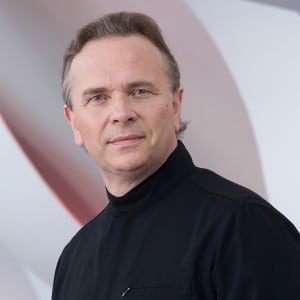 This was the UK premiere of Offenbach’s Fantasio: King of Fools, and one could not help but feel sorry that it has remained so obscure for so long. Written around a decade before The Tales of Hoffmann it only lasted for ten performances after its premiere in Paris in 1872, although hostility was probably directed more towards Offenbach for being Prussian born than the opera itself. It subsequently enjoyed greater success in Vienna, but the orchestral score of the Paris version was never published, and piecing that together from other surviving sources has been a long labour of love for musicologist Jean-Christophe Keck.

By focusing on a jester, or rather a burgher disguised as a jester, Fantasio might be described as opera’s comic equivalent to the tragic Rigoletto. In both instances much is made of the clown’s role to mock and expose others, and in both instances he suffers as a consequence of fulfilling his duty. The difference is that while Rigoletto undergoes the most painful and merciless of defeats, Fantasio never fares so badly and turns everything around at the end.

The opera is, in fact, a good exposition on the theme of the fool triumphant. When Princess Elsbeth of Bavaria is lined up to marry the Prince of Mantua for political reasons, she laments the death of the court jester Saint-Jean, whom she loved. The humble burgher Fantasio, who also loves the Princess, disguises himself as a replacement clown to enter the court, and in the process reveals everyone else to be the fool.

Meanwhile, the Prince of Mantua swaps clothes with his Colonel to see if Elsbeth really loves him rather than his status. Pandemonium breaks out, however, when the Colonel proves an idiot when trying to assume his new rank, and Fantasio exposes this idiot as a fool when he pulls his wig off in public, believing him to the Prince. After more shenanigans Fantasio finally triumphs over the Prince himself. Frustrated at his failure to win the Princess over, he declares war between Mantua and Bavaria but when the jester suggests that the Prince fight in single combat, rather than call on his army, he is forced to back down, allowing peace to prevail.

Spread over three acts, and lasting nearly three hours (with interval) the opera actually goes at quite a pace, with a lot of action packed into its running time. As a rule, the music whips us along with its jollity, charge and frantic chorus numbers, but there is also space for the most tender and soul-searching arias and duets. Many of the arias also impress with the sheer extent to which they develop an initial idea or emotion throughout.

In Opera Rara’s concert performance given by the Orchestra of the Age of Enlightenment, under the baton of Sir Mark Elder, there were many strong soloists. Neal Davies was effective as the zealous student Sparck, and Brindley Sherratt was good value as the pompous King of Bavaria, a character who hardly needed to be revealed as a fool at all. The highest accolades, however, go to Brenda Rae as Elsbeth who stunned with a voice of glistening purity and with her beautiful execution of runs and trills, and Sarah Connolly in the title role, whose rounded mezzo-soprano voice brought clarity and a sense of ease to her vocal output. Both demonstrated great sensitivity as actors, and there was enough detail in their gestures to let the comedy really come to the fore.

So will Fantasio enjoy a fully-staged production in Britain soon? The music is good enough to justify one, but if the Royal Opera or English National Opera don’t want to take it on just yet, it could be perfect fare for one of the summer opera festivals. Although this concert performance was highly dynamic, one was aware of how much bigger and funnier again many of the choruses and scenes could be if fully staged. On the other hand, one of the delights of the evening would automatically be lost; namely witnessing Mark Elder singing a few lines and putting in a priceless cameo as the non-singing tailor who provides Fantasio with his jester’s disguise.