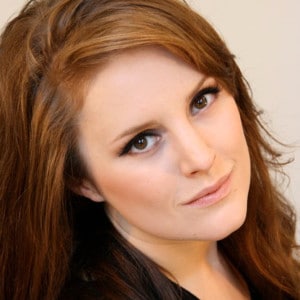 2014 marks the 250th anniversary of the death of Jean-Philippe Rameau, an event that coincides with a more general resurgence in interest in the composer’s output from both a musical and philosophical perspective. Indeed, the Rameau Project was begun in 2012 with the express intention of learning more about his music and sources, as well as eighteenth century performance practice and Enlightenment ideas.

Zaïs of 1748 lies at the heart of the second phase of the project, which aims to develop research collaborations and expertise through performance of the opera. Judged by its outing at the Queen Elizabeth Hall, which constituted the work’s British premiere, the project is progressing well, as one gained a keen sense of what it might have been like to have attended an eighteenth century performance.

Opera then was predominantly designed for those who did not work, and could easily while away four hours, talking through half of the event and enjoying the experience as a social occasion. The plot of Zaïs clearly reflects this in that, while it does possess a narrative arc, it does not contain highly charged twists and turns to keep the audience on the edge of their seats.

It concerns the King of the Sylphs, Zaïs, who, disguised as a humble shepherd, wins the heart of the shepherdess Zélidie and subjects her to a series of trials to test her fidelity. In presenting nine successive ‘Ordeals’ that she must face, the plot seems geared towards audience members losing concentration for one or two ordeals, and letting the dreamy music simply wash over them.

The performance, conducted by the Rameau Project’s Jonathan Williams, was not fully staged, but it did feature all of the dancing that might have been found in the original. All of the opera’s choreography has been lost, but Edith Lalonger drew on survivals from other works, paintings, descriptions in newspapers, and the treatise of the opera’s librettist Louis de Cahusac to reconstruct it. Decked out in colourful costumes, the eight dancers of Parisian troupe Les Plaisirs des Nations could have just stepped out of a Watteau.

In the event, their performances proved delightful, with their steps and movements seamlessly matching the music’s rhythms and pulses. Most notably, the dancing here reflected the fact that in Zaïs it would have been incorporated into the plot to a degree not witnessed in many other operas of the period. So, for example, the dancers played the statues depicting women being seduced that Cindor brings to life, and throughout the evening the singers interacted with the silent figures. Even during the prologue and other musical interludes, there was a strong sense in which the dancers were playing out the emotions on display, or the images the music was conjuring up, rather than merely providing unfocused distraction.

Given that the interior of the Queen Elizabeth Hall is very different from that of an eighteenth century theatre, it was good that no attempt was made to make it feel like one. Instead, the dancers’ colourful movements and costumes were tempered by the relatively plain, dark clothes worn by the singers. Similarly, eighteenth century scenery was only hinted at with projections on the back wall giving the impression of, for example, leafy trees.

More distracting was the fact that some soloists clung to their music while others performed with no such aids, and there was a link between a singer’s familiarity with the music and the sense of ease and polish that they brought to their performance. Jeremy Budd was a good Zaïs, but he was slightly eclipsed by the exquisite sound coming from Louise Alder’s Zélidie. Other standout performances came from Katherine Watson who revealed a dreamy yet precise soprano instrument as Amour, and Ashley Riches who with his assertive and captivating baritone gave a masterful performance as Cindor.

The OAE will perform Pigmalion and Anacréon (1754 version) at the Queen Elizabeth Hall on 9 October 2014 as a part of the Rameau Project.

Further details of Queen Elizabeth Hall concerts can be found at southbankcentre.co.uk.