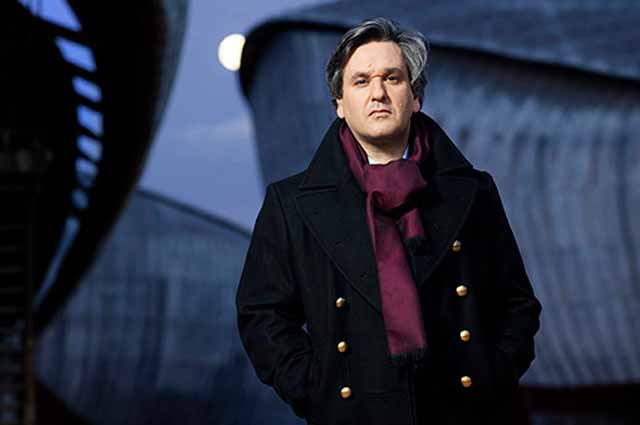 An appropriate subtitle for this concert from the Orchestra of the Royal Opera House, under the baton of Sir Antonio Pappano, would have been ‘Sorrow and Joy’, such was the way in which the evening was divided. The first half featured two pieces written during, and in response to, the Second World War, while the second had a far more upbeat feel.

The orchestra occupied the Royal Opera House’s main stage, with the panelling that had been added to create a suitable acoustic making it feel like the performance area in the Barbican Hall. The evening began with Richard Strauss’ Metamorphosen, which was originally conceived as a response to the destruction of Munich’s Nationaltheater in 1943. It was predominantly composed, however, between March and April 1945 as a wider lament for the bombings of such cities as Dresden and Weimar, and of the Wiener Staatsoper. The piece is written for twenty-three string players and begins in the lower strings before the sound grows across the orchestra until it embraces every player. It presents a ‘battle’ between C minor and C major, with C minor ultimately ‘winning’ and hence emphasising the tragedy of the situation.

The skill and nuance in the playing saw the orchestra temper the two contrasting moods that derive from the different keys, so that each was given full justice in its own right. In this way, the playing that occurred in C major felt, as one listened to it, as meaningful, relevant and capable of ultimately triumphing as that in C minor. However, these distinct explorations still worked together to create a coherent whole that made one look back on the piece and realise that the journey could not have reached any other destination.

Swiss Composer Frank Martin’s Sechs Monologe aus ‘Jedermann’ was written in 1943-44 and considers death as a highly individual experience because it comes to everyone, and yet each person ultimately faces it alone. In the sense that it represents a philosophical meditation on death in response to the destruction seen all around, it has synergies with Viktor Ullmann’s contemporaneous opera Der Kaiser von Atlantis, written in Theresienstadt concentration camp. However, while Peter Kien, also in Theresienstadt, wrote the libretto especially for Der Kaiser, Martin utilised Hugo von Hofmannsthal’s pre-existing play of 1911.

The piece possesses brooding harmonies and stark, urgent rhythms, but in the same way that Metamorphosen pits C minor against C major, this piece contrasts the despair of rage, sound and fury to be found in ‘Ach Gott, wie graust mir vor dem Tod’ (O God, how Death appals me) with the heart-breaking sadness of ‘Ist als wenn eins gerufen hätt’ (It is as if someone had called). The evening’s soloist was Christian Gerhaher whose baritone proved perfectly suited to carrying off such impassioned cries of despair.

Following the interval, the mood lightened with Shostakovich’s Eight American and British Folksongs, which were again sung by Gerhaher and covered such well-known pieces as ‘Blow the Wind Southerly’ and ‘Coming Through the Rye’. These captured the best of both worlds by combining the instant appeal of these catchy tunes with the richness that can only derive from such a full orchestration. Then came Elgar’s Variations on an Original Theme: ‘Enigma’, which proved highly moving and evocative, even as it showed off the group’s credentials as a first rate operatic orchestra.

The playing was not as superficially bright or expressive as in some performances, but that was rather its strength. There was a feeling of inner intensity that derived from the multitude of hues that the orchestra brought out in subtle ways, with the balance and precision it achieved generating its own sense of radiance and momentum. This was encapsulated in the presentation of ‘Nimrod’, while the performance of the final ‘E.D.U.’ did possess a certain operatic grandeur.