by Sam Smith
published: 15 May 2018 in Opera and Classical Reviews
Tweet 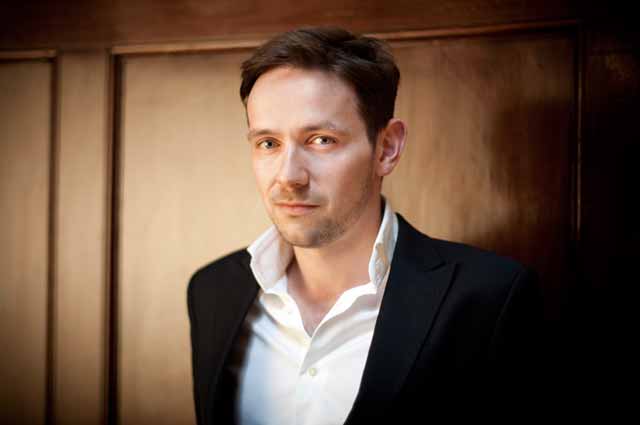 There could have been no better way to end the first weekend of the London Festival of Baroque Music 2018 than with a seminal work in the history of opera. With its focus on an underground rescue mission in which the hero must conceal his true feelings, Gluck’s Orfeo ed Euridice was to be a major influence on German opera and specifically the plots of Die Zauberflöte, Fidelio and Das Rheingold. It was also highly innovative musically, with its interspersing of the verses of ‘Chiamo il mio ben così’ with expressive recitative being considered so radical that even Mozart steered clear of the technique, choosing to retain the unity of the aria.

La Nuova Musica’s concert performance of the original 1762 Vienna version, conducted by David Bates, did not include any action or dancing, but this proved no obstacle to it being extremely moving. This is because it revealed how the music itself contains all of the drama and emotion when it is rendered effectively. Here, the strong rhythmic awareness that the ensemble demonstrated helped to keep the emotional colour wheel turning, and this was no better illustrated than in Act II when Orfeo confronts the Furies in his attempt to enter the Underworld. The playing revealed just how much of the ballet lies in the movement generated by the music, as opposed to any physical action. On hearing the chorus members confront Orfeo with the strength of their sound, it felt as if they could have only ever become less formidable had they begun to adopt even just a few arm gestures. Atmosphere was also generated by actually using a wind machine and metal sheet (played from the gallery) to create menacing and thunderous effects.

Act II’s real strength, however, lay in the fact that it did not merely contrast the Furies’ sound with Orfeo’s ethereal strains, but rather introduced a variety of shades. As Orfeo sang ‘Mille pene’ and ‘Men tiranne’ the sound from the wind machine continued, albeit at a lower volume, suggesting how he could move and persuade by degree with his music. Similarly, clarity felt just as important as dreaminess in the exquisite harp playing, which again hinted at Orfeo’s strength of character and purpose.

Across the evening, much solo instrumental playing stood out, while the three principals all excelled. If initially the fact that the performance was being recorded suggested that they might focus on precision to the detriment of the thrill of the live performance, such fears were soon allayed. Not only did the set-up mean that everyone was especially well prepared, but it soon became clear that, with a score such as this, much of the feeling actually derives from achieving high levels of accuracy. Iestyn Davies was magisterial as his sublime countertenor captured Orfeo’s utter sorrow at Euridice’s death, sense of resolve as he goes on his mission, and heart-breaking despair as he hears, but cannot respond to, Euridice’s distressed tones. His performance of ‘Che farò senza Euridice!’ was especially skilful as it epitomised both the strength in his technique, and the beauty of his sound as it reached its ethereal heights.

Sophie Bevan as Euridice revealed a sweet yet immensely impassioned soprano, with Orfeo’s attempt to lead her out of the Underworld particularly well rendered. By simply placing Davies on Bevan’s inside, we gained a sense of her gazing on him, but not vice versa, yet could still remain focused on how the musical lines moved us to feel for the characters. There was a sense of genuine joy on Bevan’s face when life and love triumphed at the end, while Rebecca Bottone also delivered a fine performance as Amore. Possessing a clear and quite forthright tone, her voice took on a particular sweetness in the upper register and a highly pleasing depth in the lower.

The London Festival of Baroque Music continues until 19 May. For details of all events visit the designated website.

For details of all of the ensemble’s recordings and forthcoming events visit the La Nuova Musica website.