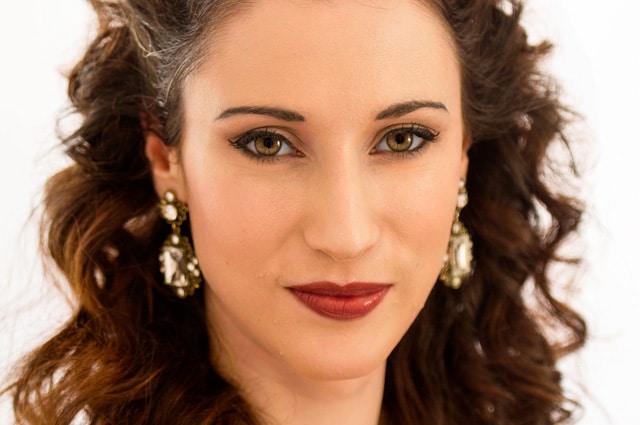 One of the delights of the London Handel Festival is that it presents rare works which many Londoners will have never had the chance to hear live before. This fact applies, in particular, to the composer’s various pasticcios, which tend to be performed at the rate of one a year at the festival, frequently by Opera Settecento.

Pasticcios, which are works built around music from a range of composers, were very common in the eighteenth century, partly because the demands on an establishment’s resident composer to produce work were so great that it became a standard practice to bolster output in this way, and partly because there was a strong tradition of using such creations to showcase the compositions of a range of musicians of that generation.

Last year Opera Settecento presented Elpidia, which enjoyed eleven performances at the Theatre Royal Haymarket in 1725 and a further five the following year. The exact hand that various people played in producing different parts of the music and libretto has been the subject of much research. It seems, however, that music from Leonardo Vinci and Giuseppe Orlandini was dominant in both that and this year’s offering Ormisda, which also features compositions by Conti, Hasse, Fioré, Leo, Giay and Giacomelli. Both works also utilise texts produced by Apostolo Zeno, while Owen Swiny, an agent of the Royal Academy of Music in Venice, played a hand in putting both of them together.

Ormisda, which refers to the King of Persia, revolves around the ruler’s two sons, Cosroe and Arsace. Artenice, the Queen of Armenia, has been promised in marriage to the King’s heir, but that is rightfully Cosroe as the eldest born while she loves Arsace. Ormisda’s second wife and mother of Arsace, Palmira, wants the King to favour her son, and so enlists the courtier Erismeno to claim that Cosroe tried to murder her. The furious Ormisda has Cosroe thrown into jail, but when Erismeno goes there to kill him he is stopped by Arsace who instead frees his brother. All discover that Cosroe was innocent, but he is so grateful to Arsace for saving his life that he renounces his claim to Artenice. All then ends happily as it is agreed that Cosroe will rule Persia and Arsace and Artenice, Armenia.

By the measure of many Handel works, the plot is relatively straight forward, but by the same token it affords immense opportunities for the protagonists to reflect on their dilemmas in the various arias, as the piece becomes more emotion than event driven. For example, Ormisda has to contemplate the thought that his son planned to kill his wife, and that he should consequently dispatch his offspring. Cosroe meanwhile asserts that he will never beg Palmira for forgiveness when he is innocent, even if the result is death. At the same time, his emotional proclamation that were Ormisda to kill him, the King would stain himself with Cosroe’s blood, is one that the latter then contemplates at length. There is also the more straight forward scheming of Erismeno, which manifests itself in more forceful arias, but the various machinations have the result of driving a wedge of sorts between Arsace and Artenice, which leads the latter to ‘grieve’ as well.

One feature of the plot that is common to both Elpidia and Ormisda is the notion of one man renouncing their desire for the woman they love in favour of another who they see has acted nobly. In Elpidia, Commanders of the Grecian Army Olindus and Ormonte are even prepared to duel each other for the Princess’ attentions, but then Olindus agrees to give way after Ormonte saves his life. In this instance, however, Ormonte grows to appreciate the love that exists between Olindus and Elpidia and consequently stands aside.

While it is possible to feel that in some Handel pasticcios the music overall is not of as high a standard as the composer’s own, that was not the impression gained from listening to Ormisda, which came across very strongly. Musical director Leo Duarte ensured the pace was generally swift, and the orchestra, consisting of five violins, viola, bass, two oboes and harpsichord, appeared to relish the score. The fact that one violinist broke a string mid-aria may have simply been attributable to bad luck (fortunately, it was just before the end of an act) but it would be poetic to think it revealing of the levels of exuberance and attack that were on display. As Ormisda, John-Colyn Gyeantey displayed an aesthetically pleasing tenor, while as Artenice, Marie Lys’ soprano positively glistened with purity as she shaped her sound to perfection. As Cosroe, Tom Verney revealed a beautifully warm and engaging countertenor and Ciara Hendrick a nicely toned mezzo-soprano as Palmira. As Arsace, Maria Ostroukhova applied exactly the right levels of vibrato to her  intriguing mezzo-soprano, while Nicholas Mogg asserted his strong and powerful baritone in the role of the malevolent Erismeno.

Another delight of the concert was the sale of facsimiles of an original word-book for Ormisda, which was sold at the King’s Theatre, Haymarket where the opera premiered on 4 April 1730. It is complete with annotations from an eighteenth century hand and, although we do not know whose, comments such as “changed from the original, in D3/4, to one in G minor” written next to the piece’s final chorus reveal that the writer must have been reasonably well informed. The book, which now resides in the British Library, is consequently an important document in helping to illuminate the piece’s performance history.

For details of all events in the 2017 London Handel Festival visit the designated website.

For details of its forthcoming engagements visit the Opera Settecento website.