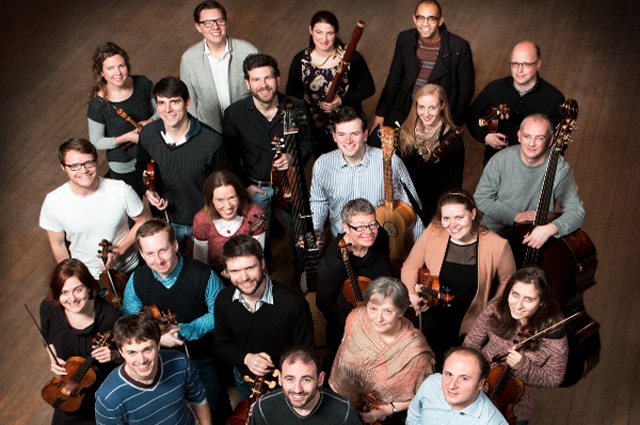 On the face of it, Antonio Cesti’s Orontea of 1656 might seem like any other Baroque opera, following all of the standard conventions of the art form. Against a backdrop of sub-plots involving cross-dressing and mistaken identity, the main story concerns Orontea, the Queen of Egypt. She finds that none of her multitudinous suitors move her before falling for the lowborn son of a pirate, Alidoro. Their disparity in rank means that their love cannot be, but a happy ending ensues when it transpires that Alidoro had been kidnapped as a child and is actually of royal blood.

The opera, however, proves to be anything but run-of-the-mill by virtue of several factors. The first is the sheer inventiveness of the twists, turns and shenanigans. For example, the servant-class characters enjoy a central role as Corindo successfully woos Silandra before she turns her attentions to Alidoro himself. The refugee Giacinta begins as a would-be assailant of Alidoro but ends up falling in love with him as well, but she spends most of the opera disguised as a man, which gives Alidoro’s mother Aristea the chance to fall in love with her. The part of Aristea can, as here, be played by a tenor, meaning that we witness a man dressed as a woman wooing a woman disguised as a man!

The plot would not work as well as it does, however, were it not supported by such innovative music. There are some truly beautiful moments in arias such as ‘O cielo’ and ‘Intorno all’idol mio’ while the Prologue sees languid bowing alternate with short, light, precise strokes. At the other end of the spectrum, however, there are revolutionary touches such as a duet between the inebriated Gelone and the pageboy Tibrino in which the frequent changes from one musical style to another reflect the protagonists’ own short concentration spans. This predates by 130 years the seminal song from Salieri’s La grotta di Trofonio in which Dori and Plistine keep forgetting what comes next, which itself is seen as a forerunner to the antics to be found much later in Ariadne auf Naxos.

The third point of interest is the semi-autobiographical nature of the piece. As well as being a composer, Cesti was a friar who was publicly defamed by the Franciscan Order for his ‘dishonourable and irregular life’. As a singer too he originally played Alidoro, and was thus parodying his own life when he had him fall asleep a mendicant (an allusion to the friar’s own vow of poverty) and awake a king. Given all this, it is small wonder that Orontea, which was originally written for the Archduke of Austria at Innsbruck though it soon conquered Cesti’s native Italy, ended up vying with Cavalli’s Giasone for the honour of most popular opera in the seventeenth century.

With David Bates directing La Nuova Musica from one of the two harpsichords employed, the performance was superb. In the title role, Anna Stéphany revealed a rich and strongly focused voice, while the baritone of Jonathan McGovern’s Alidoro was firm, expansive and aesthetically pleasing. As Silandra Mary Bevan’s lines were both sumptuous and precise, while as Corindo countertenor Michal Czerniawski literally wailed with despair in his brilliant performance of ‘O cielo’. As Giacinta, Anat Edri had a sweet and clean soprano while as Aristea Sam Furness revealed a pleasingly light line at the top of his tenor range. Although this was a concert performance, Furness really went to town by donning a bright pink dress and dancing during his arias! As Orontea’s advisor Creonte, Tibrino and Gelone respectively, Timothy Dickinson, Christopher Turner and Edward Grint all played their parts to the full.

The performance was in Italian with surtitles being projected onto the curved wall behind the Wigmore stage. Timothy Knapman’s translation, which included lines such as ‘you told the Phoenician to take a hike’, ‘The lady’s not for turning’ and ‘I do not want a husband for my bed, So I am happy to stay unwed’, may not have reflected the precise words to be found in Giacinto Andrea Cicognini’s original libretto, but it seems safe to say that it effectively captured their spirit.

Concerto Vocale’s 1982 recording of Orontea, conducted by René Jacobs, is available on the Harmonia Mundi label.